I had never seen nor heard of Hot Dog Flower Buns until a trip to Hong Kong many years ago for a friend’s wedding. I was travelling on my own at the time and happened to walk past a Chinese-style bakery with many delicious-looking cakes and bread. And even though I was on my own, I walked out with two large bags of cake slices and buns which eventually became my breakfast for the rest of the week. 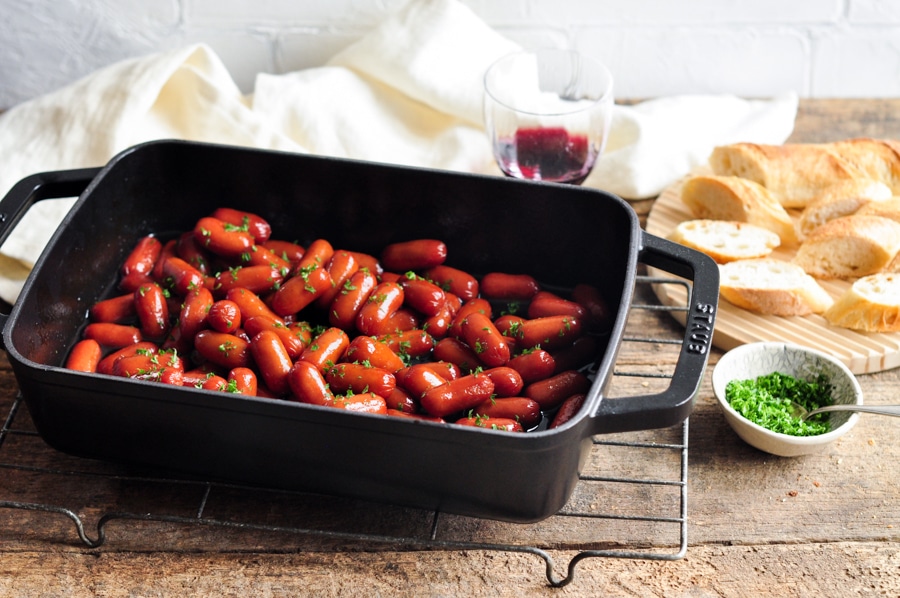 As an expat living in Switzerland, it is hard to ignore comments about the cost of living here and how everything is extraordinarily expensive. Indeed, when you compare the cost of some products sold in neighbouring countries, the same product can sometimes be triple the cost in Switzerland.

END_OF_DOCUMENT_TOKEN_TO_BE_REPLACED

A  Lyonnaise Sausage Roll has a delicious pork sausage encased in a brioche loaf. 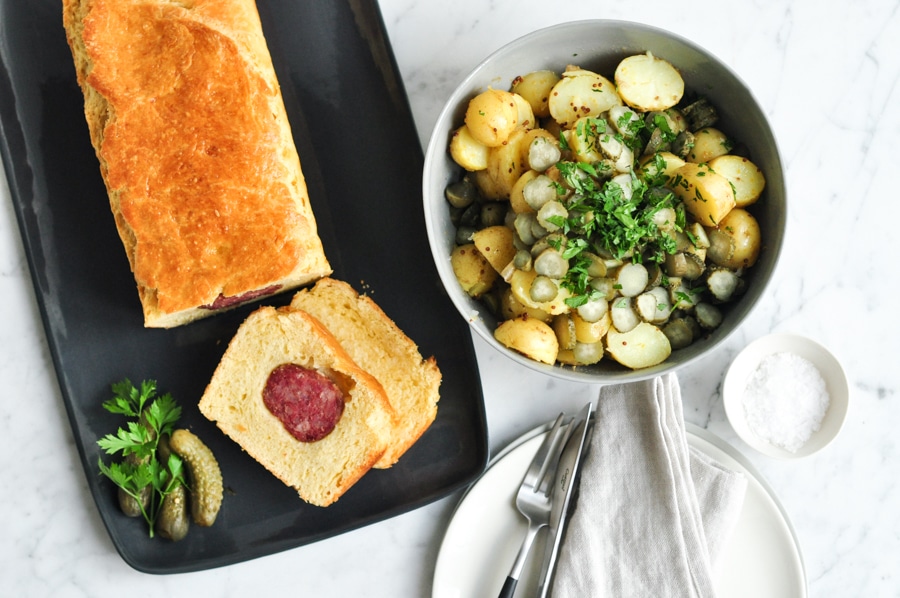 One of the advantages of reading cookbooks like novels (I’m sure you have heard of many foodies using this phrase) is having a repository of recipes stored in the memory for those many moments when I find myself holding an ingredient and wondering how I can cook it.

END_OF_DOCUMENT_TOKEN_TO_BE_REPLACED

These soft-centred Scotch Eggs with Herb Mayonnaise are perfect for picnics and light meals. 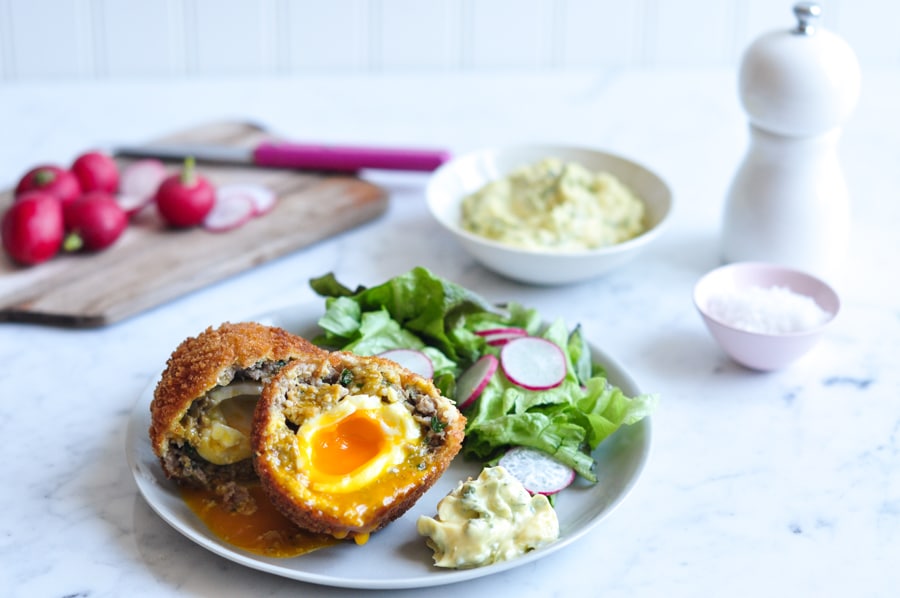 If there is one thing that is getting me through the middle-of-the night feeds with the baby at the moment, it’s TV. It happens to be the only time that I get to watch TV, uninterrupted, and something which is not Peppa Pig.

END_OF_DOCUMENT_TOKEN_TO_BE_REPLACED 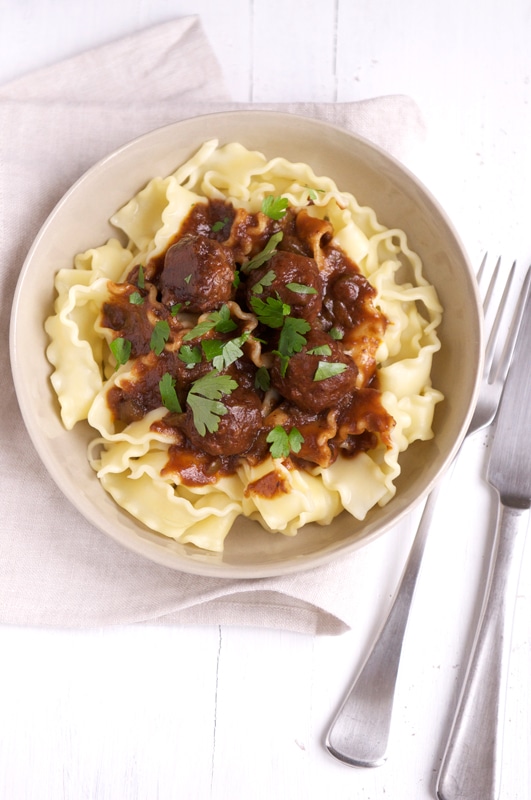 I have been cooking quite a bit lately from Rachel Khoo’s The Little Paris Kitchen and am loving everything I have tried so far. This is a bit of a revelation for me considering that I am quite familiar with French food, having grown up eating this cuisine as a child and now married to a French husband. Sure, I have always enjoyed eating French food but, for so long, everything I had eaten had been prepared in faithful reproduction of the classic, such that a coq au vin in one bistro was very likely to taste the same at another. As much as I love French food, my feeling was that it was a bit monotonous at times.

Rachel Khoo brings a lovely, fresh twist to French cooking which has struck a note with me. Quite often, the Vietnamese like to take French classics and give them a fragrant tweak, often involving punchy spices like star anise and gutsy herbs like lemongrass and coriander, but Rachel Khoo’s influence comes from her British upbringing and her Austrian-Malay-Chinese background, a combination which is sure to turn heads in the kitchen.