Recipe for Lemon Drizzle Friands with step-by-step photos. Friands are similar to the French financiers and are made with ground almonds and egg whites for a light and fluffy cake. 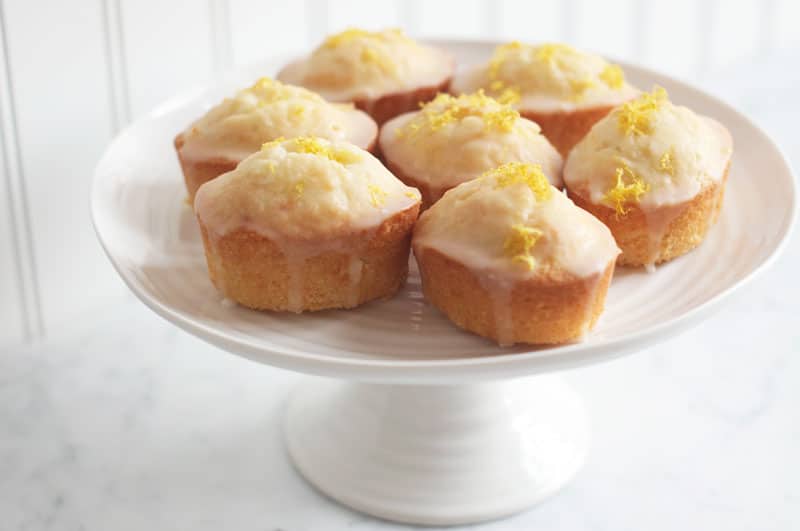 It has been roughly seven years since I made the bold decision to quit my job in Australia, electing to become unemployed and to take a chance at life on the other side of the world. At the time, it was one of the toughest decisions I had to make, not least because I couldn’t imagine how I could move for all of the personal possessions my twenty-something self had acquired.

I have never been one to travel lightly, so the idea of packing my life into one suitcase with a limit of 20 kg was going to be unlikely. I made my move from the land Down Under to the land of milk and honey with a half container full of cookbooks and treasured kitchen paraphernalia, all amassed during my years as a poor student and, later, a poor graduate with a ridiculously high student loan.

What little spare income I had was inevitably spent at Wheel & Barrow on high-priced tableware, The Essential Ingredient for French-imported pots and pans, or even Country Road for their classy teatowels. I couldn’t imagine a future without my kitchenalia and I was prepared to pay whatever the cost to have them accompany me to my new homeland.

Upon arrival in Switzerland, the removalists unpacked all of my boxes and queried if I had forgotten to pack the rest of the apartment. Even I couldn’t believe how a lone single woman like myself had accumulated kitchen accoutrements that would be excessive for a family of six. It was ridiculous that I had even shipped my eight-seater dining table. With chairs. And with a complete dining set for eight!! 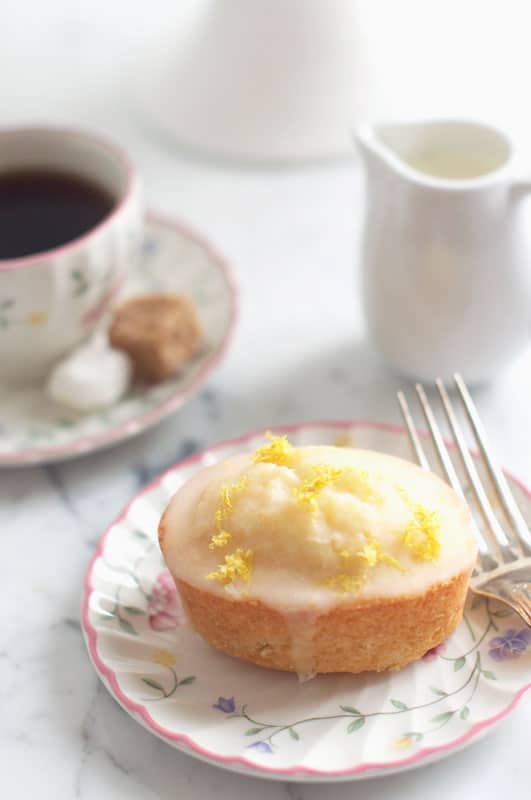 My friends might recall my “living room sale” (as opposed to a garage sale) where I was attempting to reduce my belongings (to save on shipping costs) but with the secret intention of re-purchasing later.

When it came the time to re-purchase some of these items, I made the unfortunate discovery that nearly everything was triple the cost in Switzerland, that muffin tins on this side of the world were a different size, and that some baking tins were just simply irreplaceable.

The friand tin was one such example.

What is a Friand?

A friand is a French term for a little cake eaten with the fingers.

A friand recipe in Australia is quite similar to that for a financier recipe in France, namely that the batter is made from beaten egg whites and contains ground almonds. However, the French don’t know about the Australian friands, so you won’t find these cakes sold anywhere in France.

Friands were, however, created by a French chef working in Australia in the 1990s, who decided to bake the traditional French financiers in an aspic mould to produce a much larger cake, almost the size of a muffin. And, hence, the friand was born.

These little cakes are usually quite sweet and moist and are more substantial than your usual muffins.

And given the large amount of egg whites required to make friands, this recipe is a great way to use up any frozen egg whites you might have stashed away in the freezer.

After reading many years ago about Nigella Lawson’s recommendation to freeze unused egg whites – a tip which has been most welcome for someone who makes custard and ice-cream quite often – my freezer has since been overtaken by little freezer bags, waiting for their moment to be turned into meringues or pavlovas. But these friands are a welcome alternative.

What is a Friand Tin or Friand Mould?

In France, there is no particular mould for a friand, something which I discovered the hard way when I went in search of one. The mere elusiveness of this friand tin suddenly made me want one desperately, even if I hadn’t baked a friand in nearly a decade.

After seeing the recipe below in a recent edition of Delicious magazine, I sent a despondent email to my good friend, Shez, who promptly went to the stores and, before the week was over, there in my mailbox was a shiny, new friand tin all the way from Australia. I am so grateful to my friends who understand my foodie obsessions 😉

I have since discovered that, because the Australian friends are baked in what is originally known as an aspic mould, you can certainly find such individual moulds in France and online.

Aspic moulds are intended to be used for oeufs en gelée, or eggs in aspic. In France, they are sold in individual oval-shaped moulds which have either a star or diamond embossed at the bottom, but you can also find plain ones. 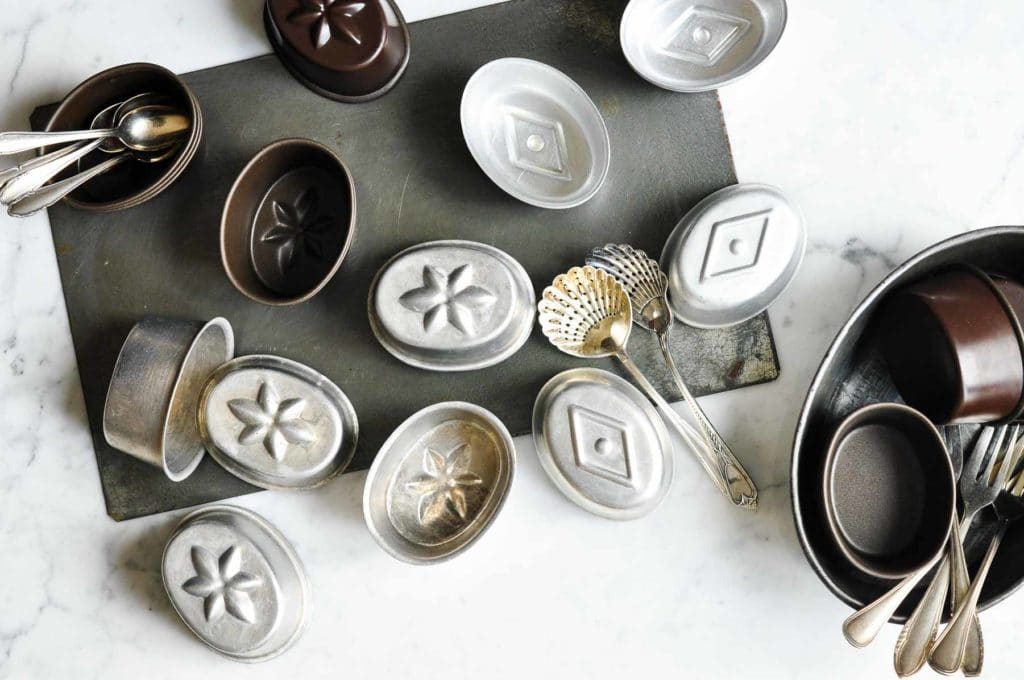 Where to Buy Friand Tins or Friand Moulds

Aspic moulds are sold in most specialty kitchenware stores in France, such as at E. Dehillerin. I recommend buying the non-stick variety so that your cakes can be removed easily from the tins.

These individual moulds are great for storage as they stack easily and take up almost no space.

In Australia, you can find a 6 or 12-hole friand tin wherever cake and muffin tins are sold.

If you can’t get your hands on a friand mould, don’t fret – a normal muffin tin will work just as well. See below for my tips on using other shapes to make these delicious cakes. 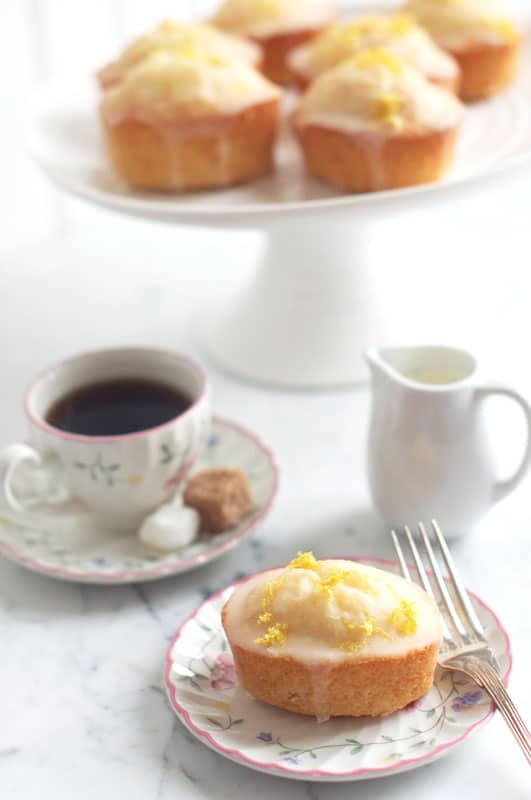 The friand recipe below comes from Katie Quinn Davies. Not only is she a fabulous food photographer and food stylist, but she also has a knack for some pretty good recipes.

Whilst my husband may have rolled his eyes with the addition of yet another baking tin to my bulging collection, he later declared these Lemon Friands to be the best lemon cake he had ever eaten. A big compliment from a man who rarely gives compliments. Many thanks to you, Shez! (P.S. I still owe you!!)

How to Make Friands 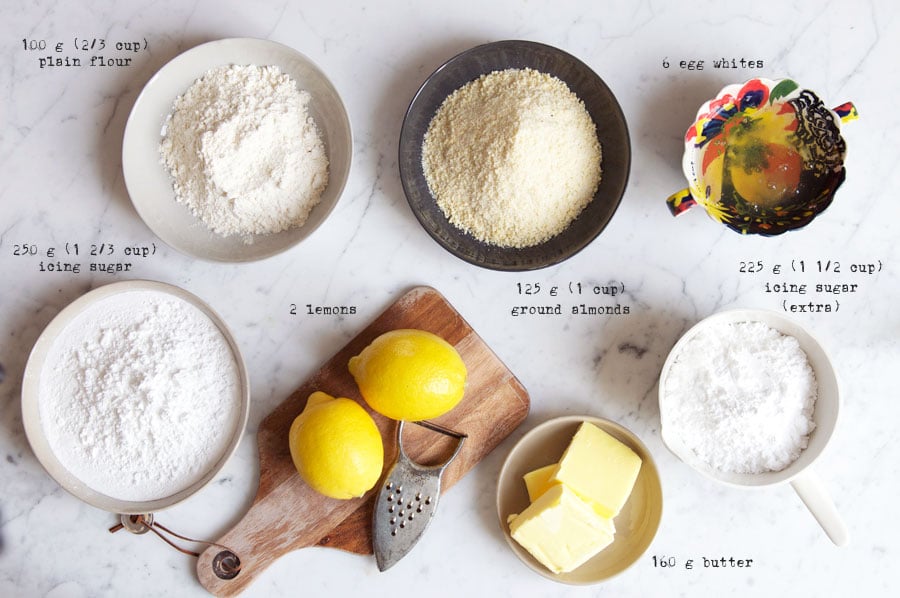 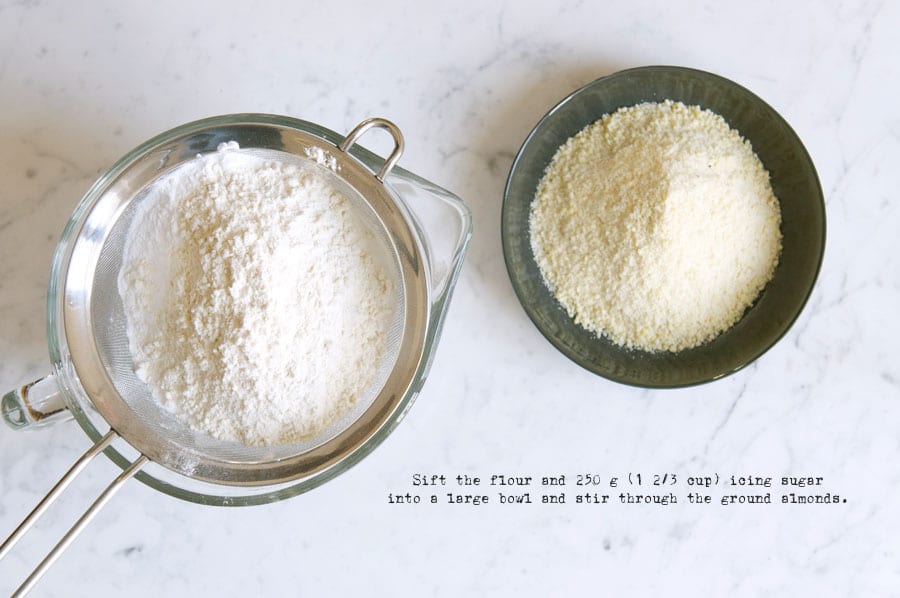 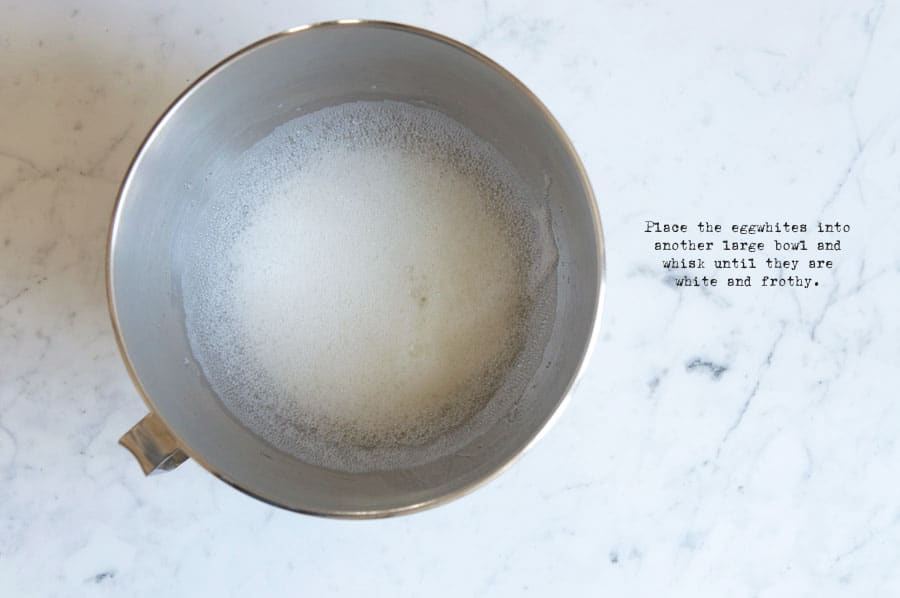 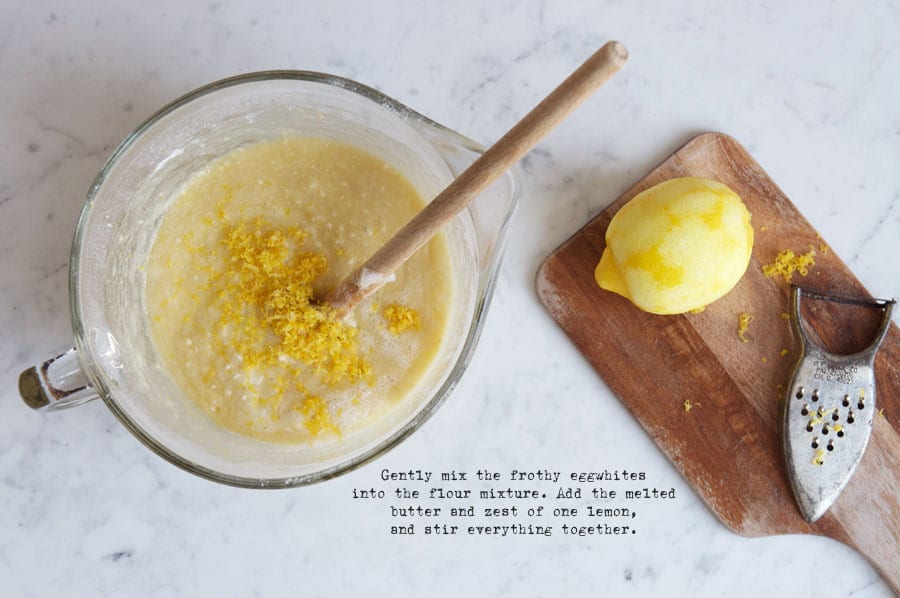 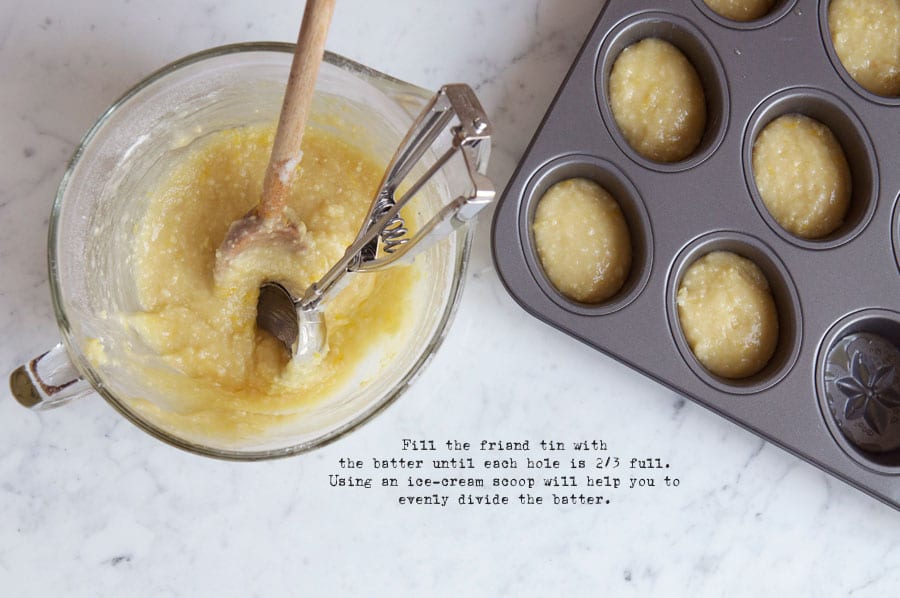 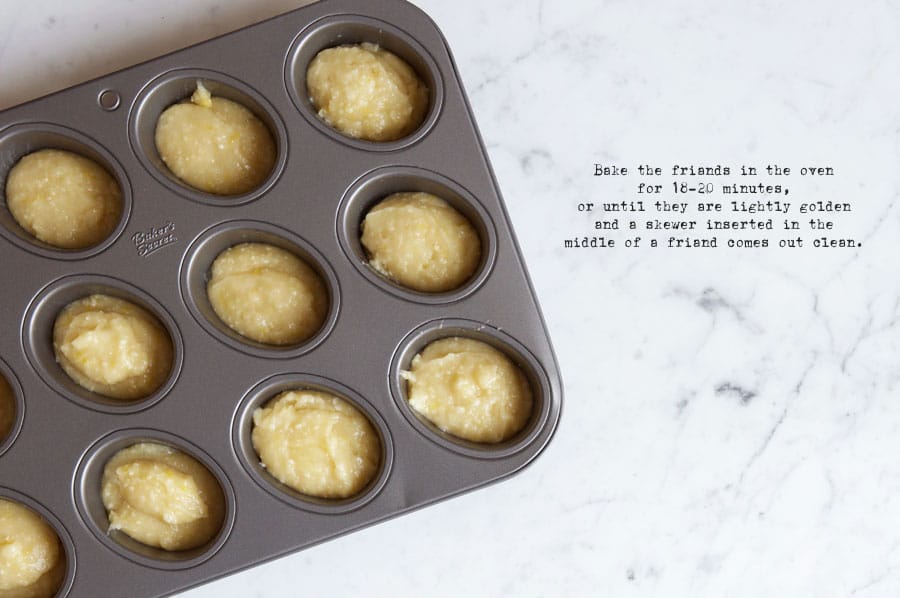 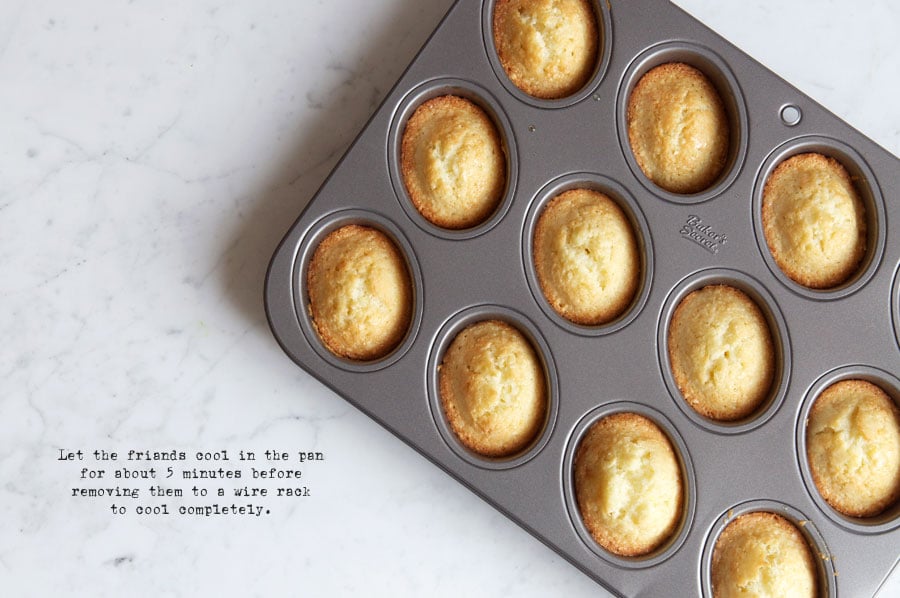 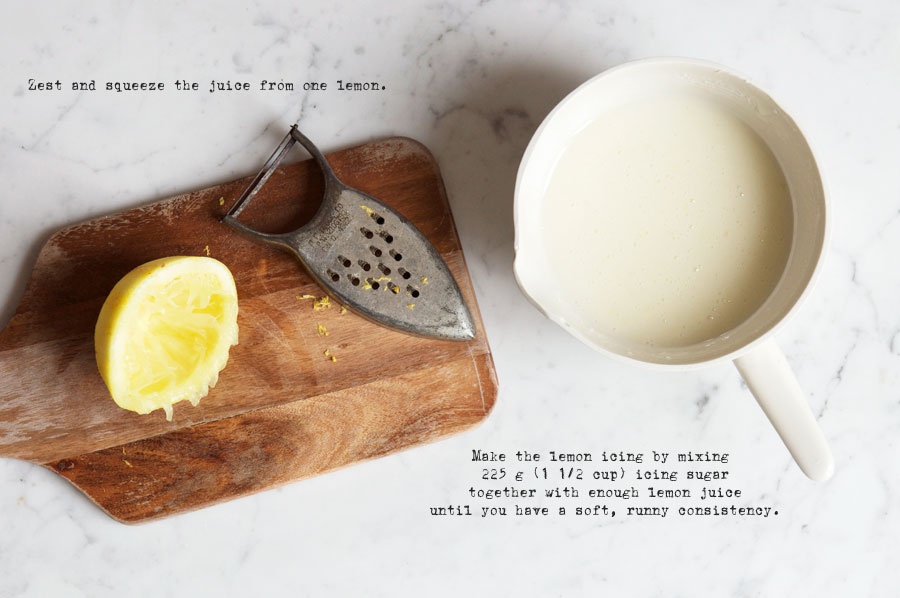 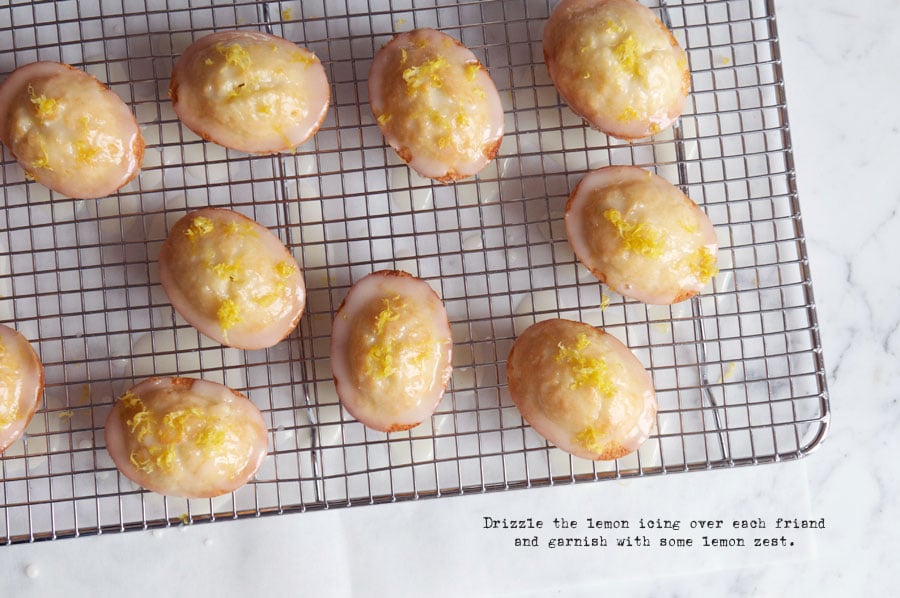 Other Friand Recipes to Try

Once you try a friand, you won’t be able to stop making them! Here are some other friand recipes you might like: 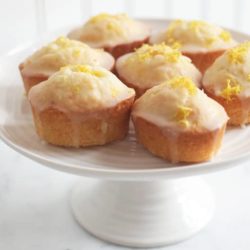 Recipe for Lemon Drizzle Friands with step-by-step photos. Friands are similar to the French financiers and are made with ground almonds and egg whites for a light and fluffy cake.  Recipe adapted from Katie Quinn Davies, Delicious Magazine (Australian edition), February 2013, page 80

For the lemon icing 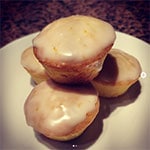