Rhubarb compote, or stewed rhubarb, is perfect for serving at breakfast with a dollop of yoghurt, or baked in a crumble for a delicious dessert. 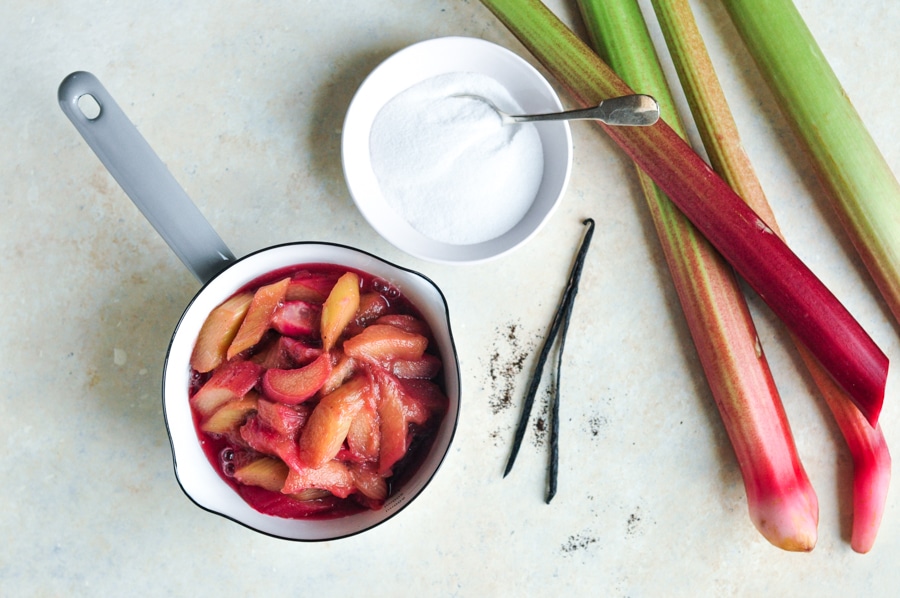 I always look forward to seeing the vivid pink of the forced rhubarb at this time of the year, its season generally lasting from January to March in the northern hemisphere. After this time, the more common rhubarb can be found in abundance with its ruby red stems and green tops. 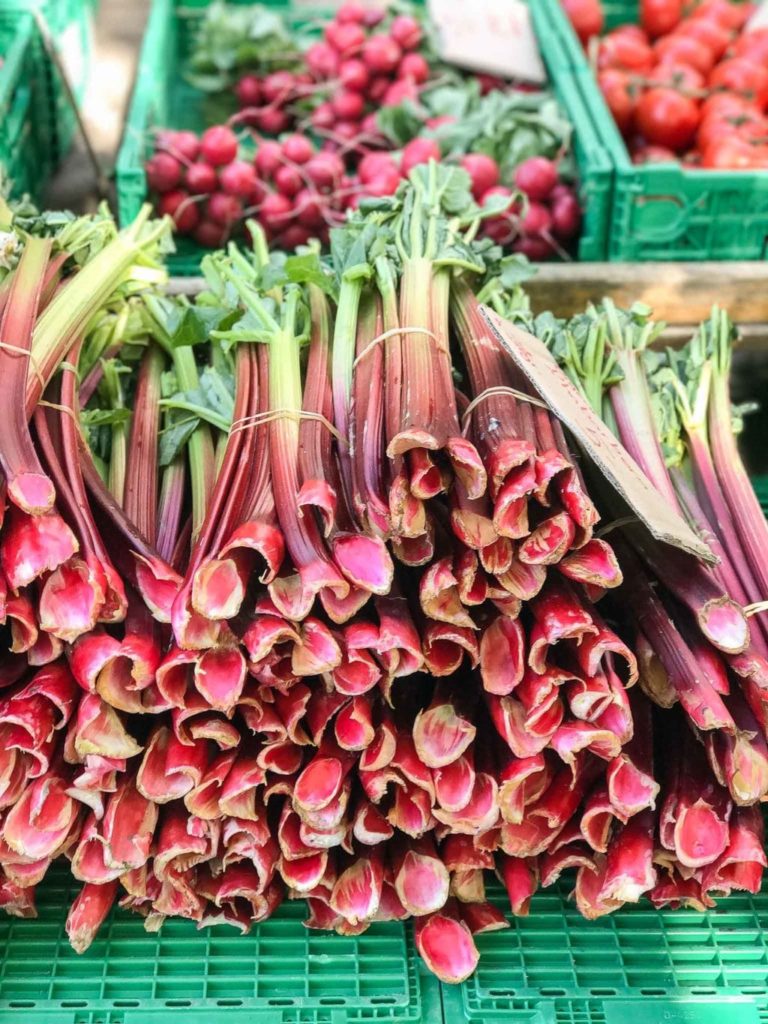 I love to have a jar or two of rhubarb compote (stewed rhubarb) in the fridge, which makes for a great accompaniment to have at breakfast with your toast or perhaps dolloped alongside a serve of natural yoghurt or Greek yoghurt.

Rhubarb compote also happens to be a great base for desserts, and it is what I use for the best-ever rhubarb crumble. 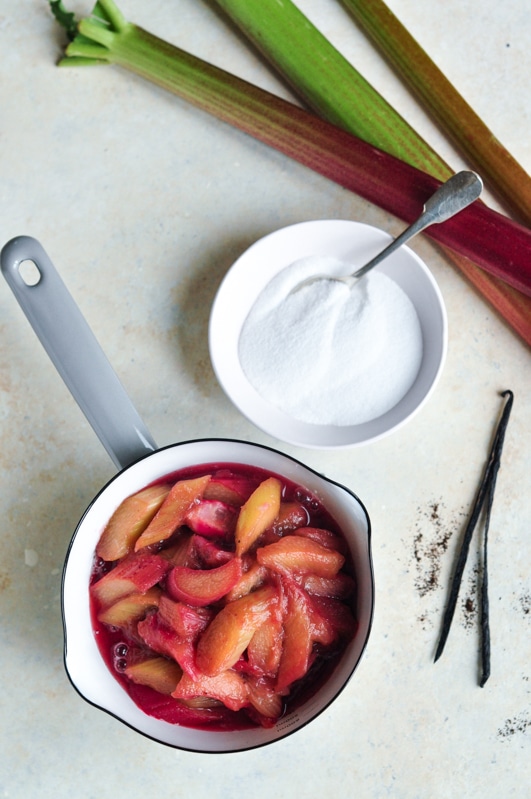 I particularly love making rhubarb crumble and Nigella Lawson has a great recipe in Feast. Though my favourite crumble recipe would have to be from her first book, How to Eat.

Measure 120 g (1/2 cup plus 1/3 cup) of plain flour into a large bowl. Chop up 100 g (1 stick) of cold butter (the recipe calls for 90 g but if you can buy butter in 100 g blocks, why save the last 10 g?) and rub this into the flour with your fingertips until you have a crumbly mixture which resembles wet sand. Alternatively, you can take the lazy route like I do and do all of this with a KitchenAid using the paddle attachment, taking care to not beat the mixture too much, otherwise you will end up with a mixture which is more powder than crumble. Stir in 3 tablespoons each of light muscovado sugar and vanilla sugar. If you wish to spice it up, you could add a teaspoon or so of ground cinnamon or ground ginger or freshly grated nutmeg … it’s up to you.

I often make a double batch of this crumble mixture and store it in a freezer bag in the freezer, meaning that I always have to hand the wherewithal for a fruit crumble.

For a simple, no-fuss rhubarb crumble, simply fill a small bowl or ramekin with some rhubarb compote and sprinkle over a handful of crumble mixture. Bake in a pre-heated oven at 190°C (370°F) for about 20-30 minutes until the crumble is golden and the compote underneath is bubbling.

If you are looking for rhubarb recipes, you might enjoy the following:

Rhubarb compote, or stewed rhubarb, is perfect for serving at breakfast with a dollop of yoghurt, or baked in a crumble for a delicious dessert.

You can either cook the rhubarb down into a pulpy mash, or more softly so that it retains some of it shape. If the latter, just be sure to not stir the rhubarb too much as it will break down upon cooking.

Rhubarb and vanilla are a match made in heaven, and you can simply flavour this rhubarb compote by adding the seeds of one vanilla bean, or one teaspoon of vanilla bean paste.