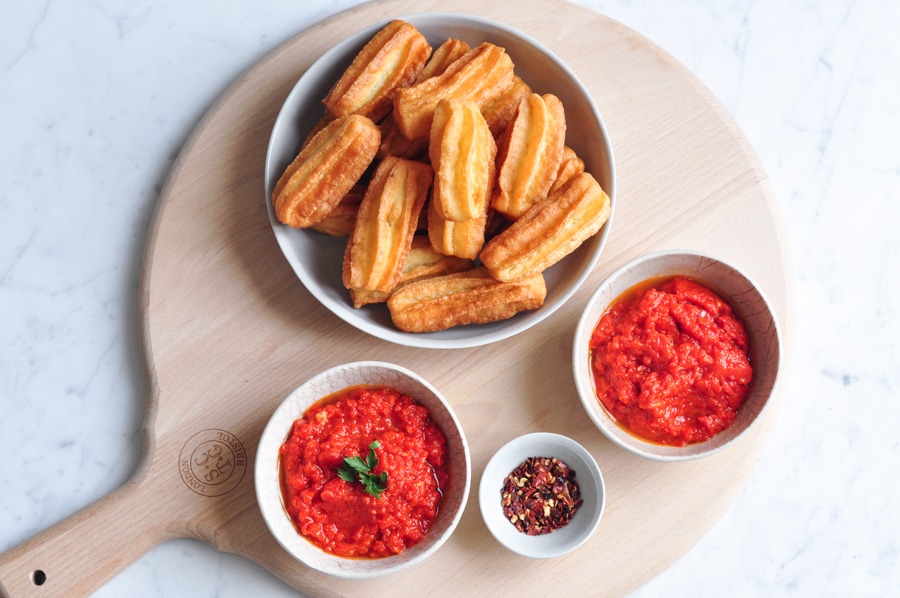 With her talent for introducing tasty twists on popular classics, Rachel Khoo has delivered yet another delicious spin, this time on the classic churros. Churros are traditionally served at breakfast alongside a rich hot chocolate but, in countries like Australia and the US, they are more commonly found as hot snacks rolled in cinnamon and sugar, and dipped in a chocolate sauce.

These Potato Churros with Red Pepper Sauce comes from Rachel Khoo’s Kitchen Notebook, a book which has proven itself to be a treasure trove of delicious and innovative recipes. 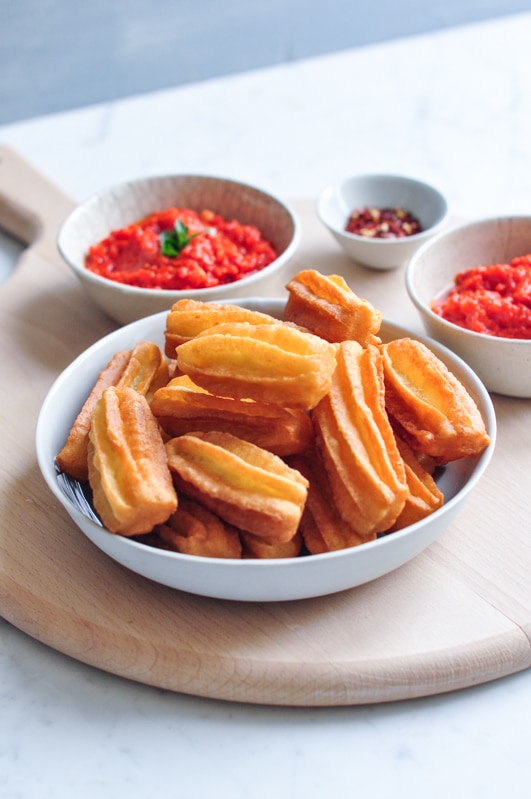 Churros are typically made from a choux-like pastry which are piped into hot oil and deep-fried until golden and crispy. For this savoury version, the recipe calls for potato flour, which should not be confused with potato starch. If you have difficulty finding potato flour in your local supermarket, most health stores should stock them.

The only difficulty I had with this recipe was piping the mixture into the oil; once chilled, the batter was quite firm and some muscle power (aka my husband) was required to pipe the churros. Then again, maybe my mixture was too thick to start with as my churros turned out quite thick and plump, rather than long and skinny as most churros tend to be. Looks aside, I really enjoyed the taste of these churros. Curiously, they reminded me a bit of Chinese fried dough sticks in terms of shape and colour, but they are, of course, nothing alike. The potato flour makes them quite substantial, so they are perfect served as an appetiser or a light meal.

The Red Pepper Sauce is a mild and tasty accompaniment, but I spiced up another batch with red chillies for some added kick.

While I was making this dish, our neighbours popped by unexpectedly for a quick chat, so we invited them to stay for a drink. Incidentally, they had just returned from a trip to Spain where they had indulged in chocolate-dunked churros most mornings at breakfast. I ended up serving the potato churros as an apéro snack with the sauces on the side, together with some chorizo and olives which our neighbours had brought back from Spain. It was the perfect snack to share with friends. 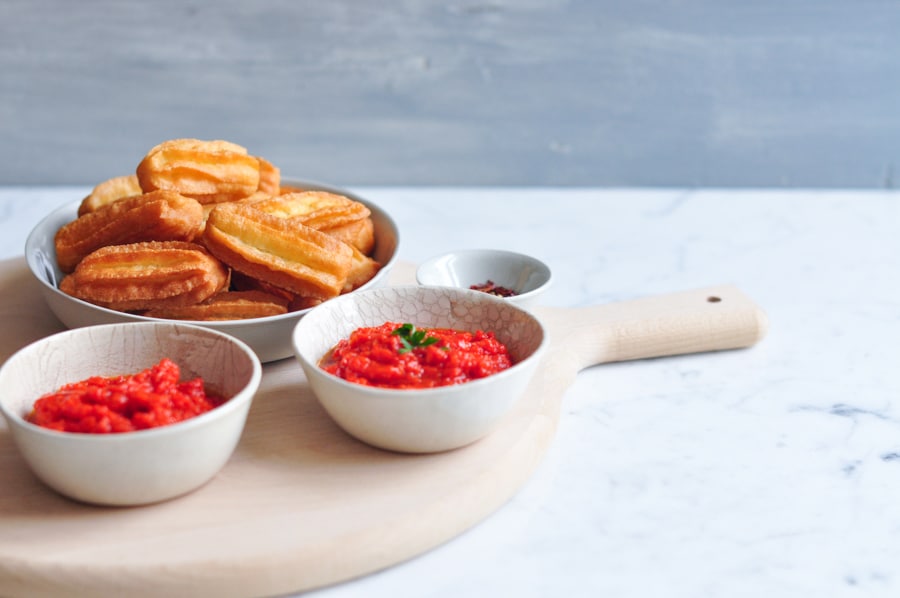 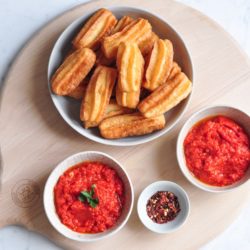