An Easy General Tso’s Chicken Recipe which is light and healthy. There is no deep-frying but you can still enjoy the classic flavours of this Chinese takeaway favourite. 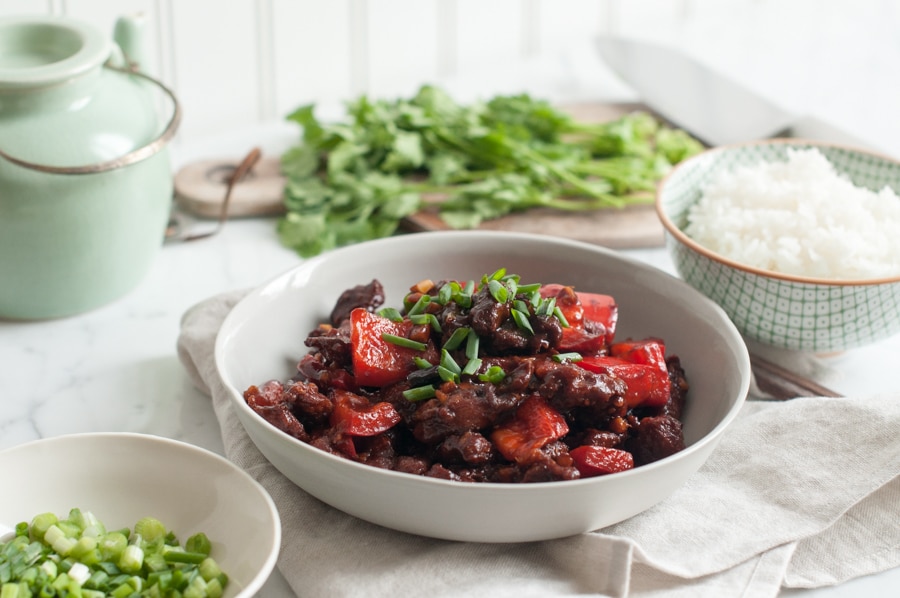 There’s Chinese food, and there’s American-Chinese food. I wasn’t even aware of the latter until we were posted in Chicago for a few years where lunch with colleagues was often at P.F. Chang’s or Big Bowl, two popular Chinese restaurant chains in the US. There, the menu often featured the likes of Sweet & Sour Chicken, Honey-Glazed Chicken, and Mongolian Beef; Chinese food which is rarely eaten by the Chinese themselves but which are very popular with westerners.

In fact, in some traditional Chinese restaurants, they will often have two entirely different menus – a menu for westerners, and a different menu for those who are suspected to be of Chinese or other Asian origin, i.e. the menu without Sweet & Sour Chicken. I stumbled across this finding when I had recommended a Chinese restaurant in Zurich to an American colleague, a place which was well-known locally for specialising in dishes from the Szechuan region. When I bumped into him the following day, he proclaimed their Sweet & Sour Chicken to be the best he had ever eaten. I wasn’t even aware that they offered this dish on the menu! It transpired that my colleague was never even given the menu with the fiery and tongue-numbing Szechuan specialties; he was simply handed a shorter menu (in English) with his American-Chinese favourites listed inside. With this new knowledge, I began to notice the same amusing trend in other Chinese restaurants. 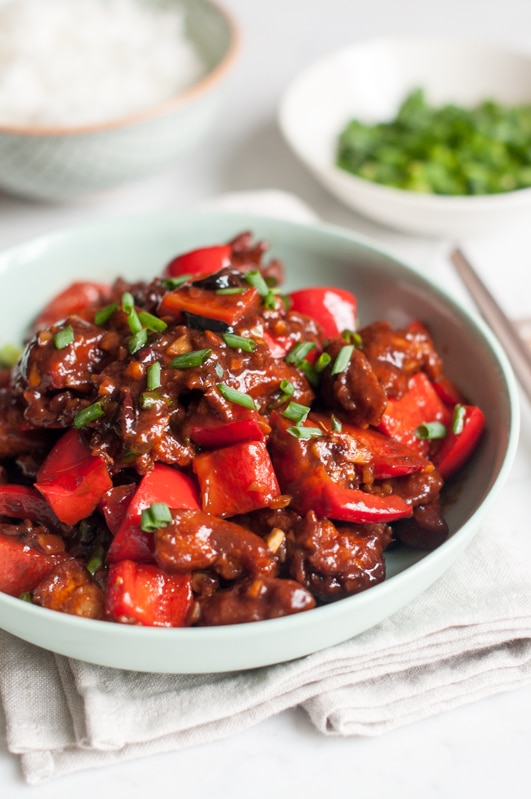 One particular Chinese dish which doesn’t even originate from China is the vastly popular General Tso’s Chicken. According to Fuchsia Dunlop, this dish was created by a Chinese chef when he was working in New York. And while it is now a dish which many Americans know and love, it is virtually unknown in China. Not that I am an expert on Chinese food, nor an expert Chinese-food eater, but I have never come across this dish outside of the US and Canada.

So upon moving back to Zurich, I was missing my hit of American-Chinese food and set about finding the perfect recipe to recreate General Tso’s Chicken at home. 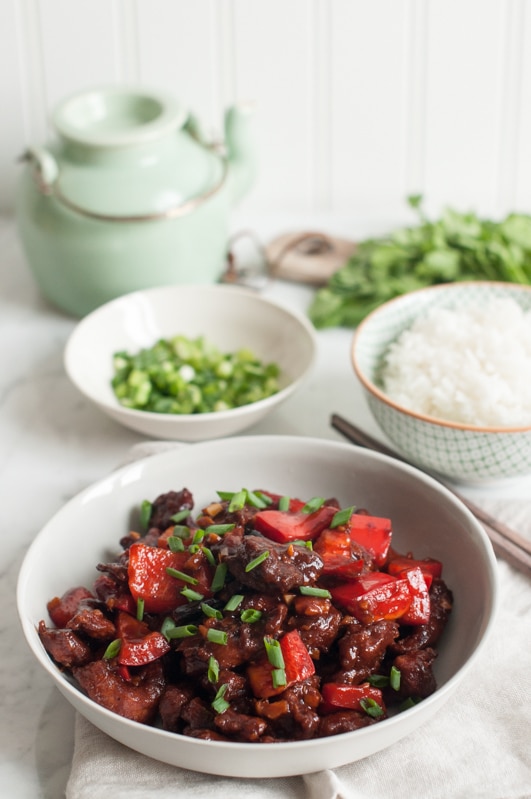 The recipe below for General Tso’s Chicken comes from Every Grain of Rice by Fuchsia Dunlop, a rather wonderful collection of authentic Chinese recipes. The recipe is based on the original version which she learnt from the actual creator of the dish, Peng Chang-Kuei. I mention this fact because this recipe tastes somewhat different to the versions you might find at your local Chinese restaurant in America, an indication of how recipes can change and adapt greatly over time.

My experience of General Tso’s Chicken is usually crisp, deep-fried pieces of chicken in a heavy batter, coated in a dark, sweet and sticky sauce which is spiked with hot chillies. This version below has a very light batter, just enough to give the chicken a light coating. And the sauce is absent of any sugar, meaning that it is not sweet at all, but rather savoury and tangy with the requisite amount of heat from the dried chillies. Whilst there is a time and place for the take-away version (I have a weakness for anything deep-fried in batter), one could describe the original recipe for General Tso’s Chicken as a healthier version of what is commonly found in most Chinese restaurants today.

So that the dish can be eaten on its own with some steamed rice, I like to bulk up the dish with some vegetables, usually chopped red or green capsicums, sliced celery or even large diced onions. I know – it’s not very authentic but it saves me from having to make a separate vege dish. Plus, I can then serve everything in one bowl and curl up on the sofa for an evening in front of the telly. Right now, I’m addicted to Damages. 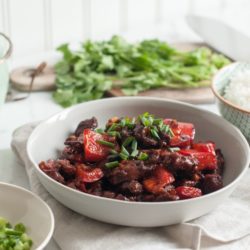 An Easy General Tso’s Chicken Recipe which is light and healthy. There is no deep-frying but you can still enjoy the classic flavours of this Chinese takeaway favourite. Recipe adapted from Every Grain of Rice by Fuchsia Dunlop

If you can’t find potato flour, you can substitute with half the quantity of cornflour (cornstarch).

COOKING FOR CHILDREN
For a kid-friendly meal, my 15 month old child loved the chicken on its own with some rice on the side.