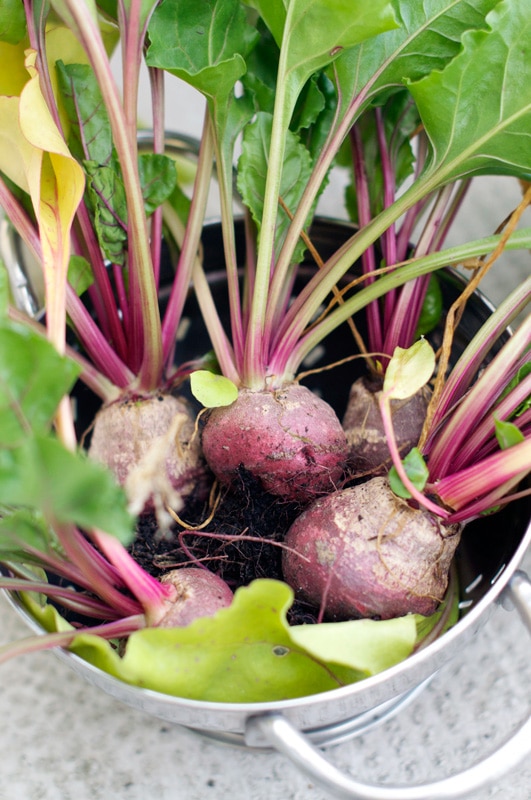 After what was the longest winter here in Europe, spring finally arrived. Although it disappeared after a brief visit and summer has now suddenly pounced upon us. I wasn’t planning on doing much gardening this year, especially since the little one has been keeping me busy and I still feel guilty for abandoning some plants during the first few months after coming home from the hospital. But once the warm weather made its long-awaited return, so did a glimmer of green-thumbed enthusiasm.

Once the weather had started to cool down in October last year, I brought my kaffir lime tree inside, along with the Thai chillies. Both plants were left in the common stairwell of our apartment building, receiving minimal sunlight during the day. Unfortunately, they also received minimal water for several months. But I suspect that my kind neighbour from upstairs, whose lemon tree kept my kaffir lime tree company during the winter, tended to my plants in my absence. Either that or both plants have seemingly and miraculously survived my neglect.

After several months of being indoors, the leaves and stems on the Thai chilli plant had started to brown, rendering it a rather unattractive sight on the windowsill. So I pruned it back quite far and then left it to fend for itself as motherhood took priority. But then, everytime I passed the chilli plant in the stairwell, I saw small signs of life with bits of green shooting from the short stems. And before I knew it, the plant had gone through a growth spurt and it had even started to flower indoors.

The kaffir limes also didn’t fare so well in the early months of being indoors. Many of the leaves had started to fall off inside and, after noticing a sticky residue on many of the remaining leaves, I also pruned the plant extensively, mostly so the stairwell wouldn’t look so drab and depressing with dead leaves everywhere. The main stem was still green and that was my only clue that the plant was still alive. Once the temperatures were unlikely to fall below 10°C (around May this year), I returned the kaffir lime tree to the kitchen balcony and, with its weekly dose of organic fertiliser, I am relieved to see that it is now thriving again. New shoots have started to grow from the main stem and the plant has been rapidly sprouting new leaves each day.

Given the bountiful supply of fruit and vegetables on our kitchen balcony last year, I decided to do away with the usual floral display on our larger balcony. In previous years, I grew bright and colourful hanging pelargoniums along the whole length of our balcony, a common but nevertheless attractive feature throughout Switzerland in the summer months. In fact, some tenants are required contractually to grow pelargoniums on their balconies as a way of beautifying their residential area. Thankfully, we have no such clause in our rental contract; the quick onslaught of snow in late November last year, which coincided with our son’s birth, meant that I never had the time nor inclination to remove the dead and long dried-out handing foliage until well after Easter this year. What was once an attractive feature on our street had soon turned into a dreadful eyesore.

Whilst flowers are beautiful to have and to look at, the drawback with hanging pelargoniums is that they are for everyone else’s viewing pleasure but your own. So this year, I have turned our large balcony into an urban vegetable garden. Containers of lettuce, beetroot, radishes and carrots line the entire length of our balcony railings, their lush green and red foliage providing a far more attractive display than I had anticipated.

I wasn’t planning on growing so much lettuce – 16 heads of various red and green lettuce, to be precise – but I grew them from seedlings bought at the farmers markets which came in a large bundle and it seemed a waste to not plant them all. Our daily pickings of baby lettuce leaves has suggested that either we eat more salad in our diet than we thought, or that the abundant supply of fresh salad on our balcony has prompted us to eat more healthily. Either way, our generous crop of lettuce has so far proven to be a worthwhile investment.

Beetroot is, admittedly, not the most popular vegetable. As a child, I wasn’t a fan of beetroot, but I suspect that it was because I had only ever tasted the tinned variety and which was often responsible for staining my school sandwiches purple and making them soggy in the process. In fact, I had only ever eaten beetroot in sandwiches or hamburgers (very Australian) and wasn’t aware of its other uses. One summer, my French mother-in-law served a simple salad of beetroot which had been diced in large cubes and dressed in a spikey vinaigrette with parsley and shallots. I was instantly hooked on the combination of earthy and sweet beetroot together with the sharp tang of the dressing and have since been recreating the salad at home, much to my husband’s displeasure, considering that he had had beetroot overload himself as a child. 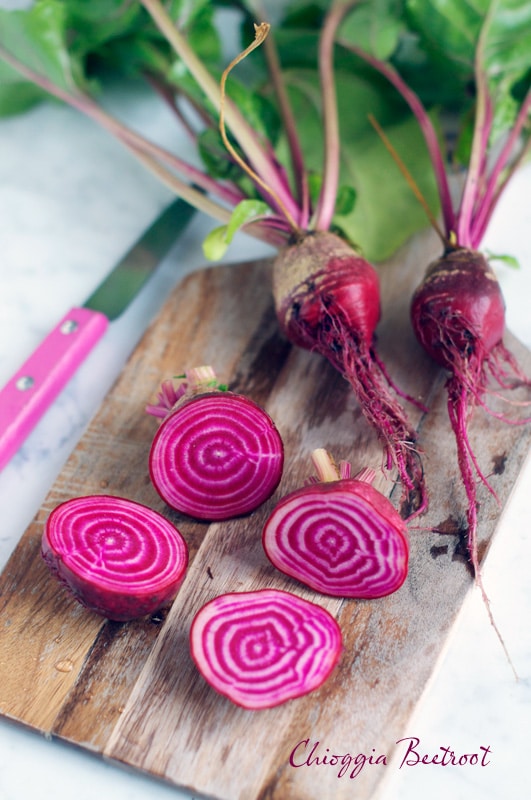 The beetroot have been surprisingly easy to grow. I grew them quite close together with the intention of plucking most when they are quite small, while leaving some to grow into the more usual and larger size. There are a few different varieties of beetroot available, but I like the common round and red variety which I roast by wrapping in foil and placing them in a moderate oven until they are tender. Alternatively, I follow Stephanie Alexander’s method which is to place them in a baking tray with about 1 cm of water and to then cover with foil before baking until tender. Beetroot can also be served raw and, for this, I like to use the Chioggia variety for their striking and contrasting stripes. You can, of course, cook this latter variety but the stripes will become somewhat muddied in the cooking process. 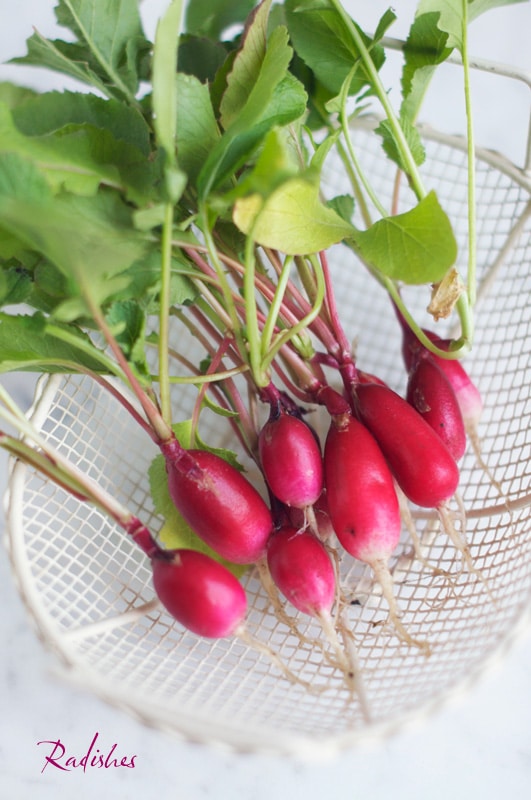 We love to eat radishes as a starter before a meal or served with canapés with drinks. They are quite easy to grow from seed and take about 4 weeks to grow to a suitable size for eating. Several varieties are available, and I like to grow the long variety which is commonly found in France but not so in Switzerland.

I have also attempted to grow carrots this year, although they seem to require much more time in the soil so hopefully I will be able to report on them in a few months …

On a final note, I have been more than conscious of my absence from my blog. What was once a favourite pastime has now been shifted to the late hours of the evening (or the early hours of the morning, depending on how you view things) when the little one is finally in bed for his long stretch of sleep and I can finally tend to household chores like doing the dishes and washing and hanging umpteen loads of laundry (our cherished one happens to be a puker). But when I think of how much energy I had pre-baby and how efficient I was at managing a demanding office job, cooking a proper dinner most evenings and blogging in between, I realise that I never knew what a superwoman I once was. Ok, I hear my husband snorting in the background. But honestly, whilst I might not be doing anything intellectually challenging these days, I am constantly busy from dawn to dusk. And when the little one is finally tucked in at night, I am absolutely exhausted, even if the day itself had been rather leisurely. My office job was quite dependent on good time management, a skill which seems to have fallen by the wayside as of late. But like any job, I suppose motherhood also requires some performance objectives. So, with that babble out of the way, fingers crossed for a flurry of blog posts soon 🙂