This Spaghetti with Tuna, Chilli, Rocket & Lemon takes only 20 mins from start to finish! 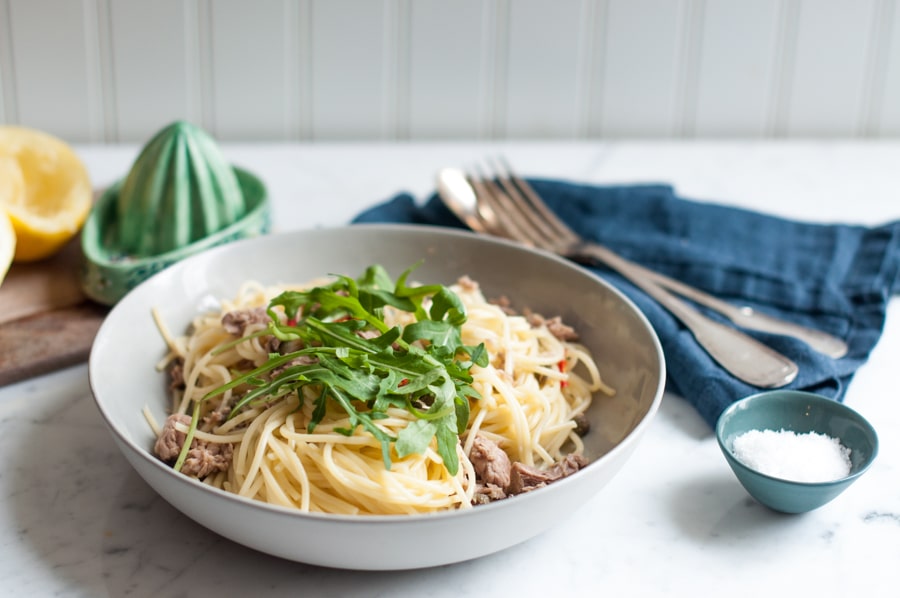 I have been a long-time admirer and follower of Donna Hay’s cookbooks, even as early back when she was the food editor of the Marie Claire cookbooks in Australia. Her clean and refined approach to food styling is what normally attracts the attention of readers in the first instance; food which looks so stunningly beautiful on the page, yet deceptively simple in composition, that each photo could pass as a piece of artwork. Many have tried to copy and emulate the style of Donna Hay, but I think few have come close in executing the same level of sophistication.

So it is with some trepidation that I even attempt to photograph my own recreation of a Donna Hay recipe because my dish looks absolutely nothing like the photo in the cookbook which accompanies this recipe. Where Donna Hay’s mound of spaghetti sits neat and tidy on a plate with pieces of rocket carefully tucked away amongst the strands and with chunks of tuna cascading invitingly on the plate, mine looks more like a student’s dinner. But that’s ok … food stylists have to go the distance to convince people to try a recipe, while the home cook should never be under any obligation to do restaurant-style plating at home. And as a food blogger with 5 minutes to take photos while my family looks on in hunger, I often have no choice but to take the messy route myself. 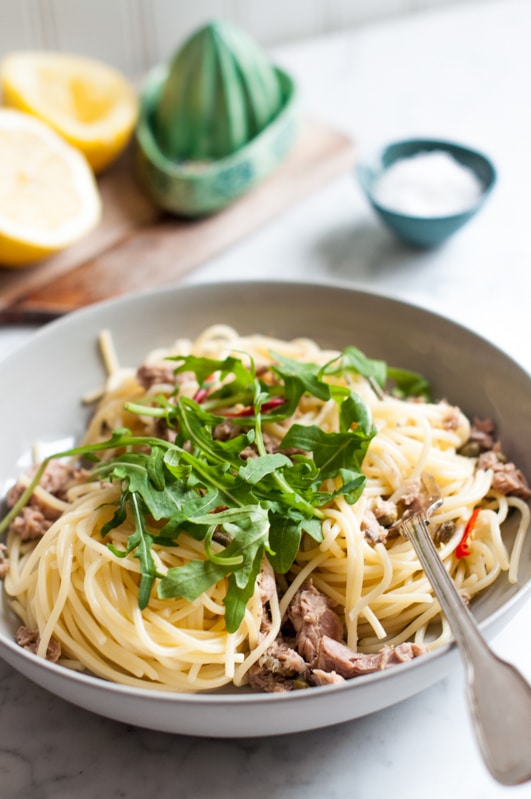 This recipe for Spaghetti with Tuna, Rocket & Lemon comes from one of Donna Hay’s cookbooks, Fresh and Light. It is not a diet cookbook but, as the title suggests, it is about bringing balance to one’s eating habits by using fresh and light ingredients, something which resonates well with me because that is how one could define Vietnamese cuisine.

Fresh and Light is beautifully photographed by the ever-talented William Meppem and is full of inspiring recipes which are perfect for those days when you want relatively fast and fresh food.

This Spaghetti with Tuna, Rocket & Lemon happens to be a no-cook dish, save for the pasta. In fact, it was so quick and simple to put together that I now know what to make if I ever need to make dinner in a hurry. The tuna is seasoned simply with lemon juice and chillies, with capers to add a salty bite, and the mixture is then tossed through some hot spaghetti with rocket leaves added for a fresh and peppery contrast. Easy and so full of flavour!

Spaghetti with Tuna, Chilli, and Lemon 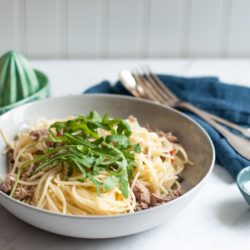 Recipe adapted from Fresh and Light by Donna Hay 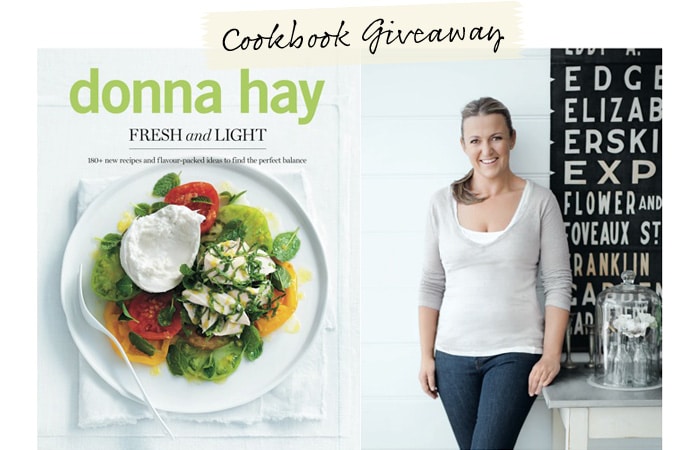 In association with HarperCollins Publishers Australia and Hardie Grant Books UK, Eat, Little Bird has THREE copies of Donna Hay’s Fresh and Light to give away.

To enter, simply leave a comment below and please indicate which country you are from in the drop-down box.

Entries will close at the end of Friday 16 May 2014 and the winners will be notified by email. Good luck!

UPDATE: Congratulations to Hannah, Gaynor Main and Jacqueline Anderson! You have each won a copy of Fresh and Light.