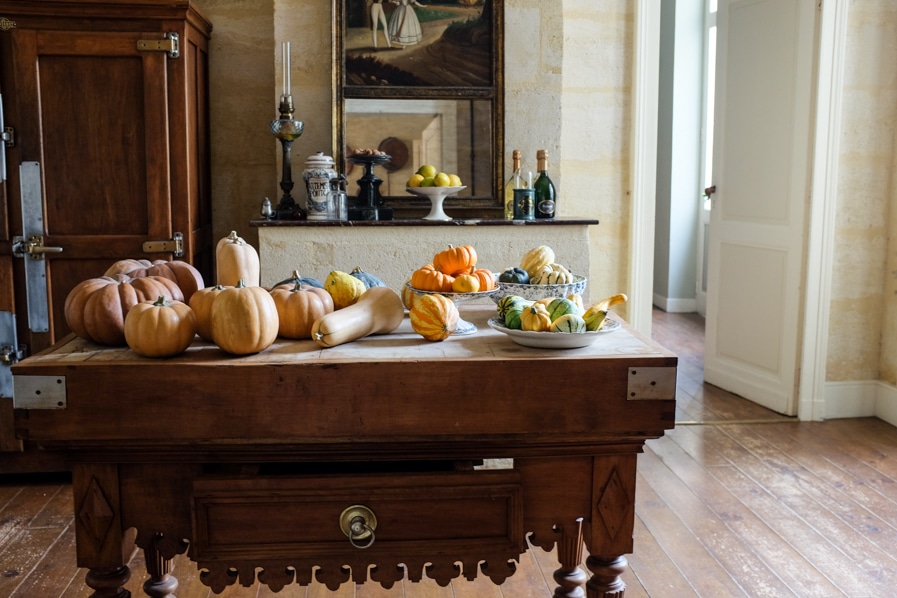 Earlier this month, I had the delightful opportunity to attend a Manger Workshop hosted by Mimi Thorisson at her home in France. As a long-time follower of her blog, Manger, and an avid cook from her first cookbook, A Kitchen in France, meeting Mimi in real life and cooking with her was a wondrous experience.

I have always been intrigued by her background, part French and part Hong Kong-Chinese, thus explaining my strong connection to her recipes, namely that we both cook a mix of French and Asian food for our families.

But where I often get caught up with the chaos and frenzy which my two tiny tots create, causing me to resort to short-cut, quick-to-make meals (usually involving pasta), Mimi is the graceful and doting mother in the kitchen, ever calm and serene as her beautiful children (8 in total) flitt around her whilst she effortlessly puts together a coq au vin or something equally celebratory.

And this was, in part, one of the reasons why her workshop appealed to me; I needed some reassurance that it was entirely possible to find a balance with work, life, family, the kitchen. And Mimi Thorisson proves that you can have it all. 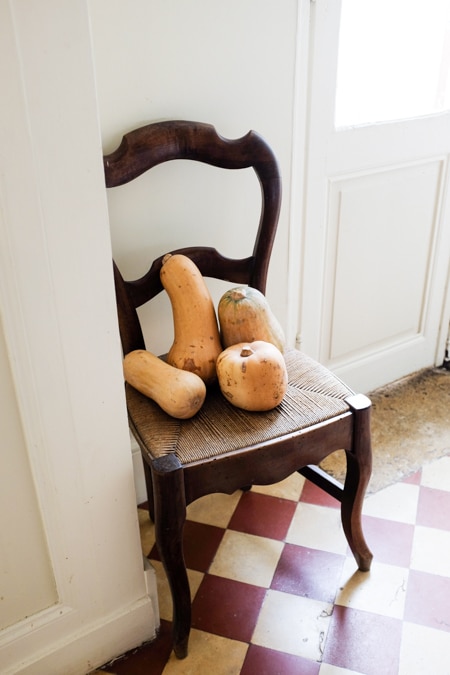 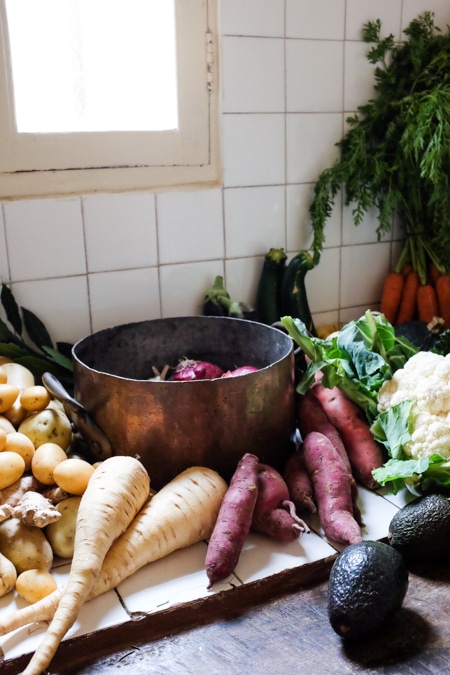 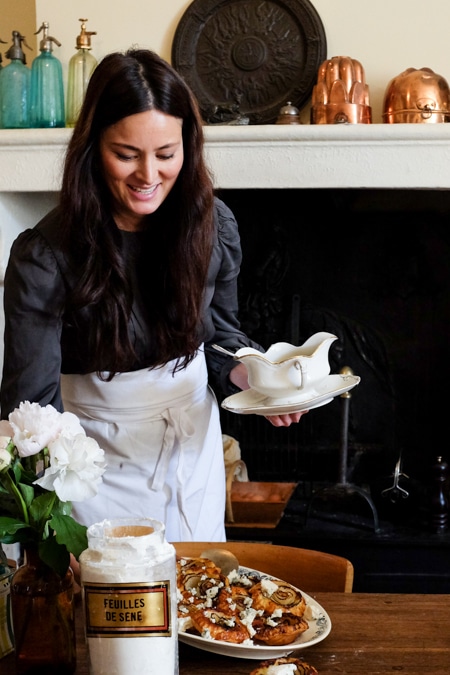 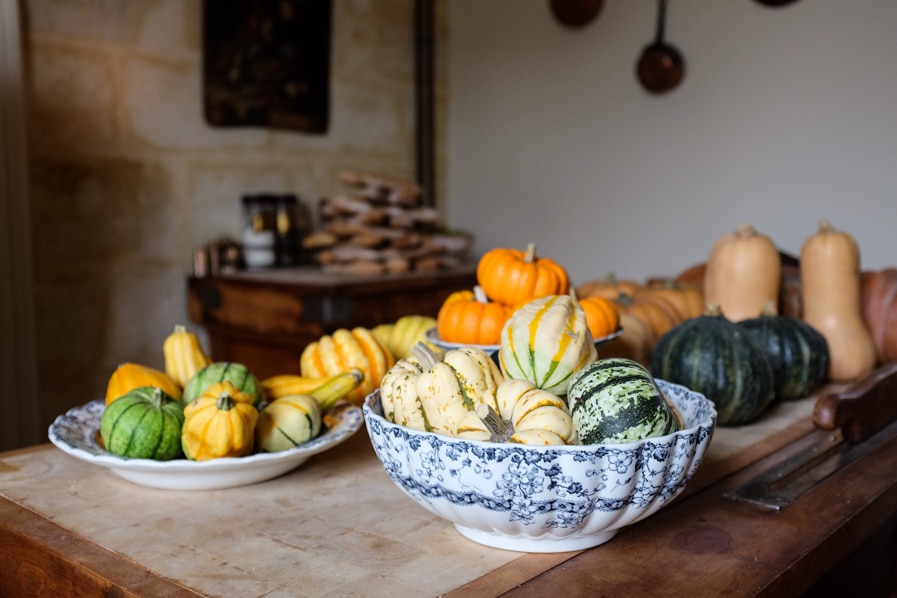 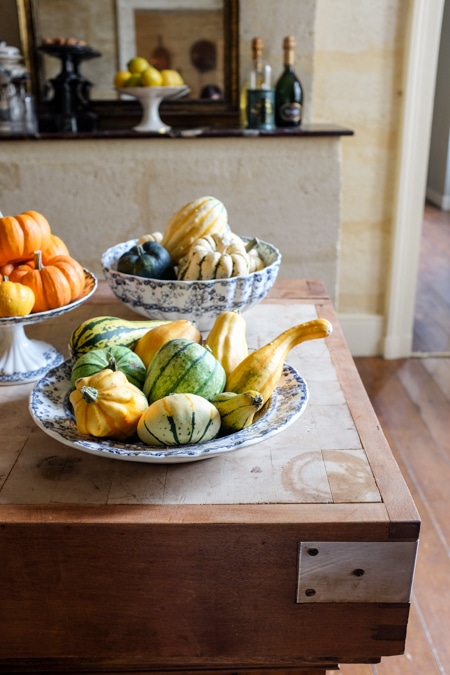 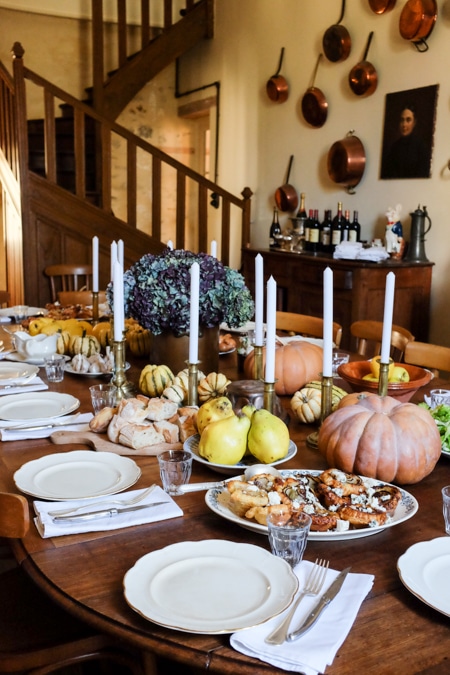 If you love French food and wine, the Manger Workshop is an experience to cherish. My group was comprised of 9 women, 8 of whom had flown in from various parts of the US (with one currently living in the Netherlands). Some had come in pairs, others had travelled alone. We were a mixed bunch of various ages and backgrounds, but all with a common interest: cooking and eating.

Over the course of four days, we cooked and ate what felt like an endless procession of delicious French courses; we listened to Mimi’s stories about her recipes and childhood in Hong Kong; we tested Oddhur’s capacity for US election politics (the things he would say now!).

The workshops are quite laid-back and casual with no set timetable of events. The mornings would start with coffee and pastries in Mimi’s kitchen, a sugary fuel before we would leisurely prepare the dishes for lunch. On some days, lunch finished around 3pm; on other days, we started lunch at 3pm! After a few hours break, during which time most of us would head out together to a nearby antique shop or other, we would meet back at Mimi’s home to start all over again for dinner.

All of us found it exciting to work with unfamiliar ingredients like celeriac or quail birds, and even more delightful to later taste them. And when Mimi made dishes which I frequently make at home (like vegetable soups or meringues), it was interesting to watch her use different techniques and put her personal spin on classic recipes.

I found it particularly intriguing to watch her debone a bunch of quail birds; the breast fillets and thighs were set aside for the main dish, but the carcasses were used to make a flavourful stock which formed the basis of a pumpkin soup (and the French onion soup the next day). It was simply inspiring to watch her tend to various dishes so effortlessly.

It is not an instructional cooking class as such where sophisticated cooking techniques are taught; the workshops follow more in the vein of a cooking demonstration where Mimi takes the lead and volunteers assist with some of the preparation. In retrospect, there was actually very little hands-on cooking done, but there was certainly a lot of merry eating and drinking 🙂

Mimi’s husband, Oddhur, plays an equally significant role in the workshops, both as a host and as the wine-tasting guru. He made sure to keep everyone’s glasses full from the start of the workshop, right to the very end.

And even their lovely children played a role here and there in making us feel welcomed in their home. I have cute memories of my daughter playing briefly with Audrey one morning (they spent most of the time together tickling Lucien in the pram), whilst my son was instantly drawn to the many dogs in the home.

(Note: My family accompanied me on the trip but didn’t attend the workshop. They spent their days visiting family living nearby and exploring the beaches and forests of the Médoc.) 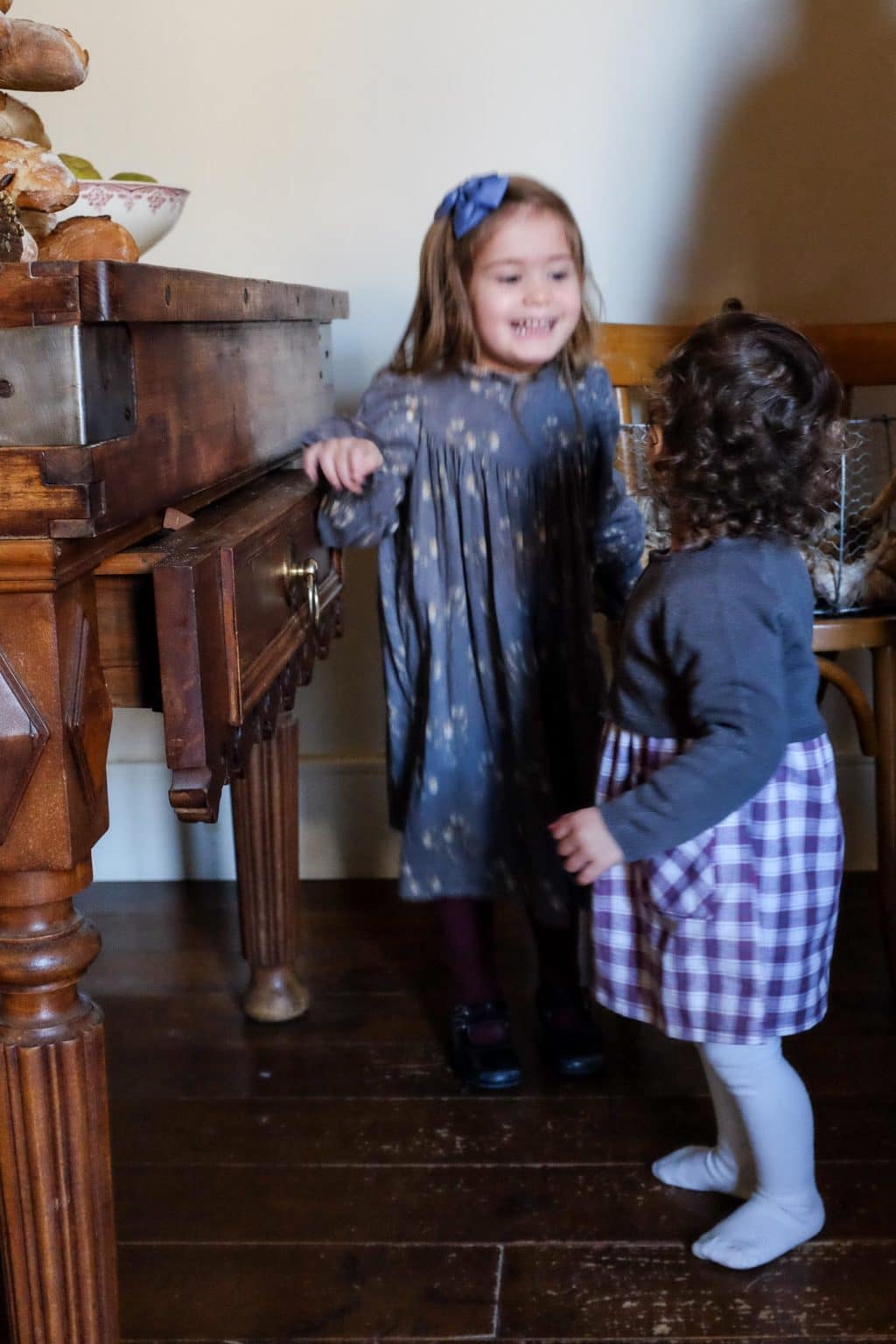 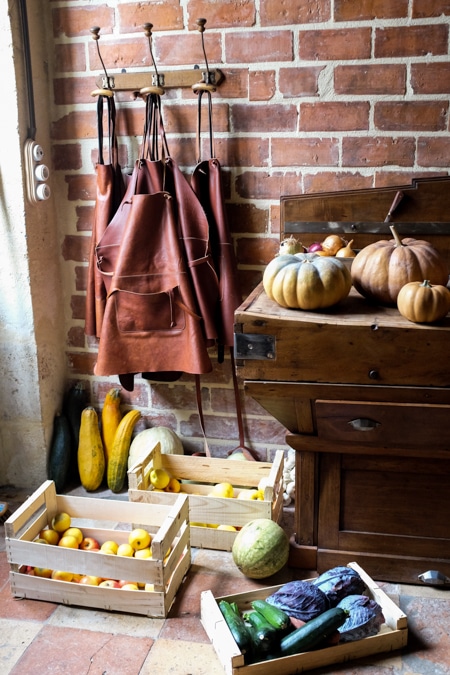 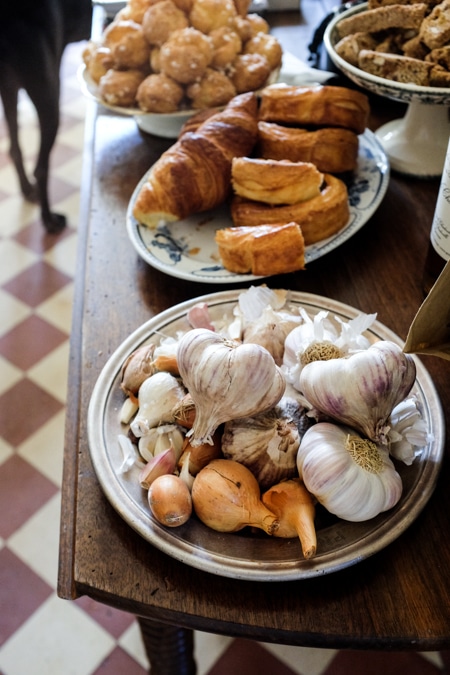 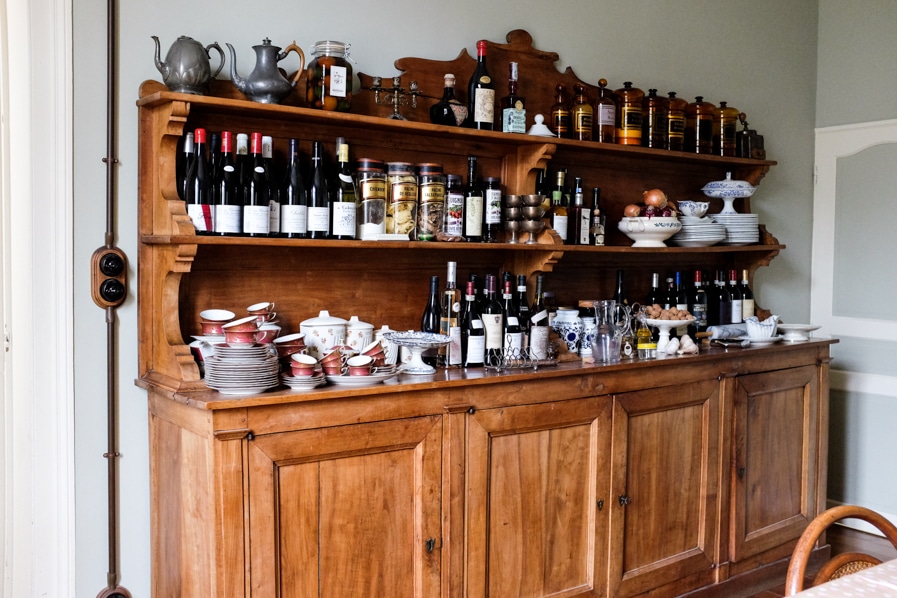 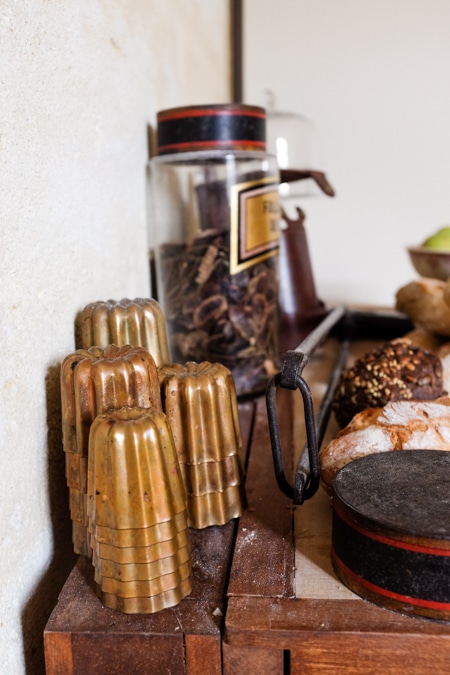 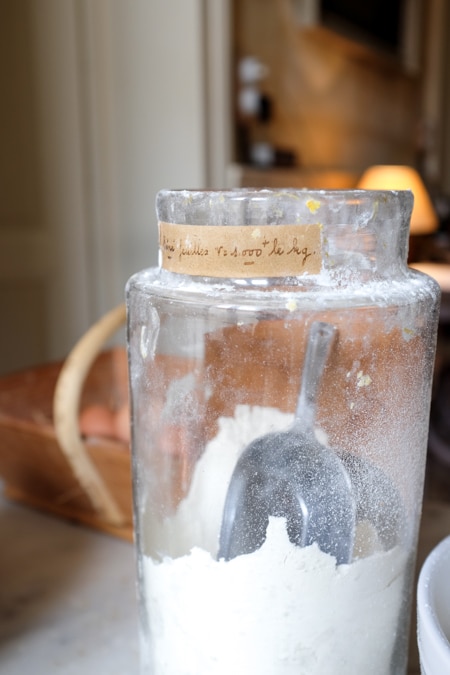 One of the other participants described the workshop as more a lifestyle experience than a cooking class, and I think that is a very fitting description. It is a chance to meet with like-minded people from other parts of the globe, in a very beautiful part of France, in someone’s very beautiful home, to cook and eat delicious French home-cooking.

It is a truly privileged opportunity to be welcomed into Mimi’s home to watch her cook local French fare, prepare local (and often unfamiliar) ingredients, and divulge her cooking tips and tricks.

For me, as someone who happens to already cook a lot of French food at home, it was reassuring to watch Mimi prepare recipes which I had already attempted, but it was even more enlightening to see her prepare a three-course meal (twice a day) for 15 people with such calm and serenity despite her younger children interrupting her throughout the day (something which stresses me unnecessarily), and nevermind the group of strangers loitering in her kitchen!

A few excursions were planned for our group, including a trip to a local poultry farm (La Ferme Vertessec) to pick out some birds for lunch, as well as the covered farmers’ market in Soulac to purchase fresh oysters. The latter was a bit underwhelming for me, especially since I regularly frequent the more beautiful and bountiful farmers’ markets in Zurich.

Mimi’s assistant, Allegra, was keen to take us to see the windy shores of Soulac Beach but, in a comic twist, we all got distracted and found ourselves indulging in some retail therapy at an unlikely clothing store, probably a by-product of being in the countryside for more than a few days!

Much money was also parted with at Mimi’s favourite antique shop in Saint-Christoly-de-Médoc, a beautiful store with a carefully curated selection of dinnerware, tableware and much more.

For those who have never travelled to the French countryside, the Manger Workshop also presents a great opportunity to visit the Bordeaux wine region, a stunning and relatively untouched area of France.

Almost as soon as you exit the city of Bordeaux, you will be greeted with the majestic sweeping vineyards of Margaux, Pauillac, and Saint-Estèphe. Each village is as equally charming as the next.

Those visiting in summer will also have the good fortune to swim in the beautiful beaches of the Atlantic coast, or perhaps visit the town of Lacanau to surf its famous waves. 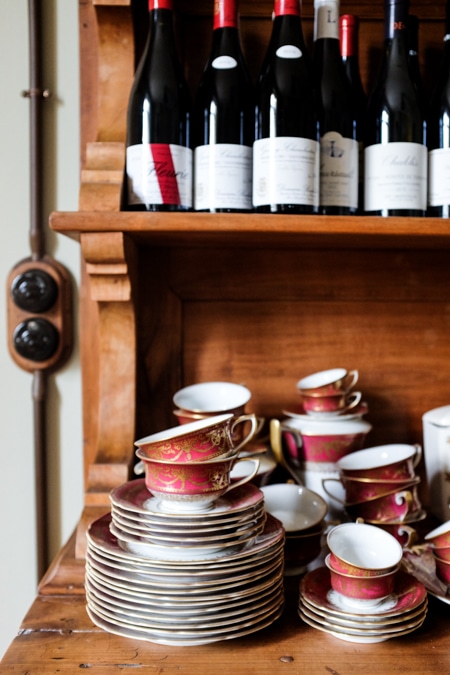 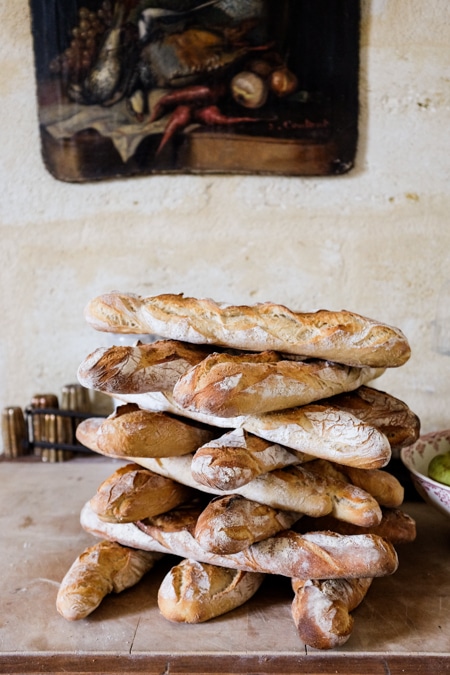 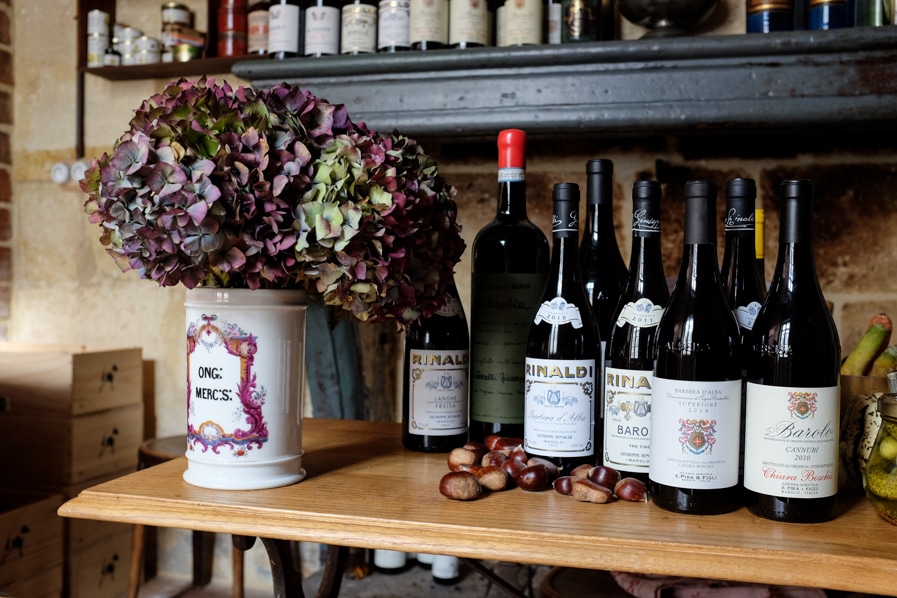 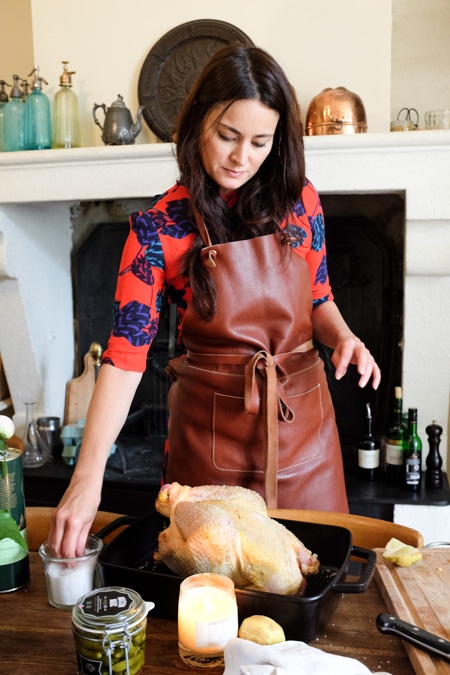 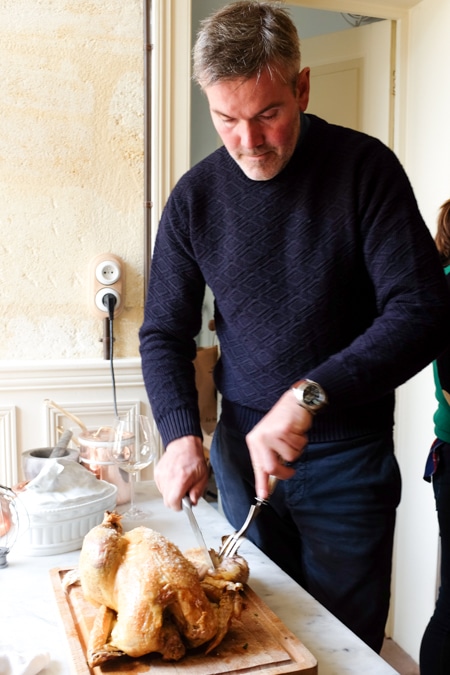 Below is the list of dishes which we cooked during our workshop in early November 2016: 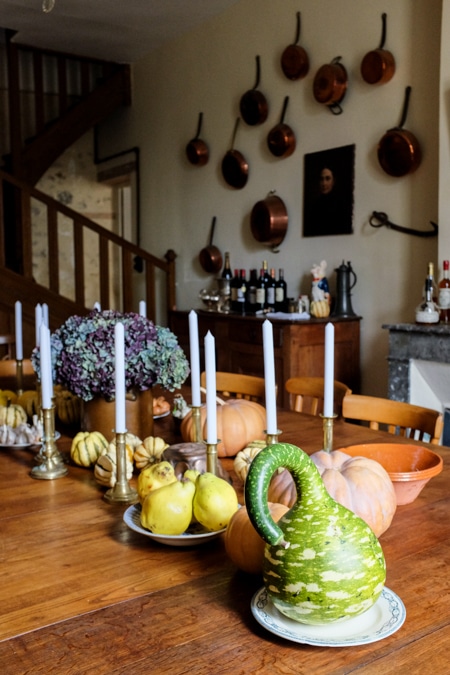 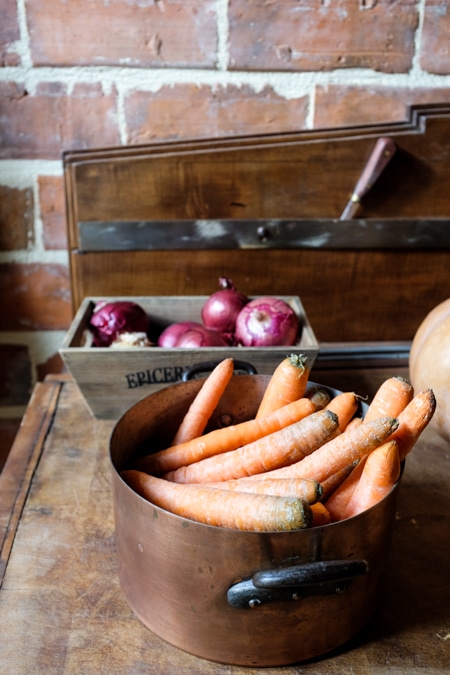 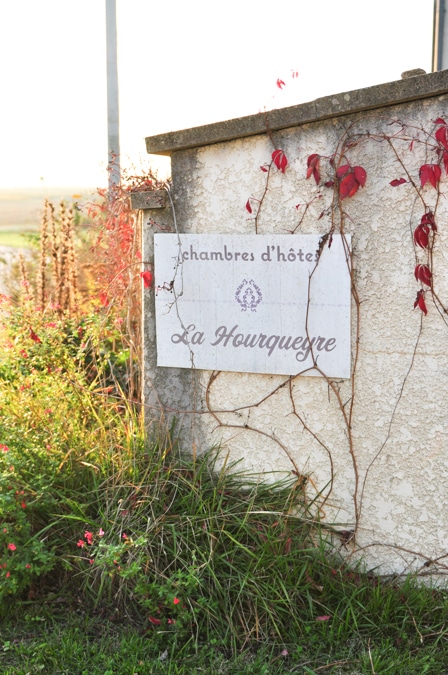 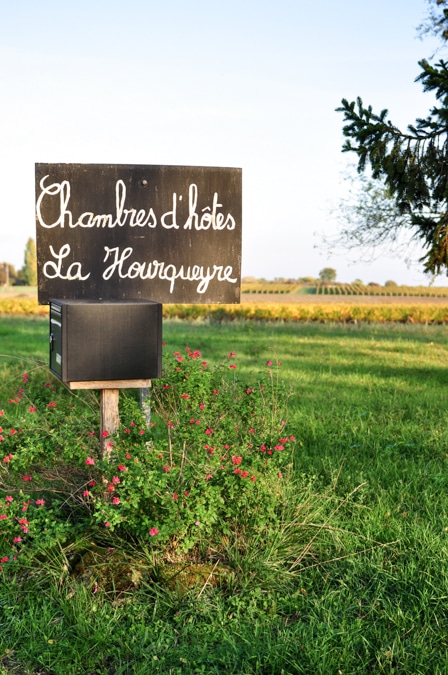 How To Get There

The Manger Workshop is held at Mimi and Oddhur’s home in Saint-Yzans-de-Médoc, which is about a 1.5 hour drive from Bordeaux. You can fly into Bordeaux, whether directly or via Paris, and there is also the option to take the TGV train between Paris and Bordeaux (about a 3 hour journey).

Once you are in Bordeaux, the best way to reach Saint-Yzans-de-Médoc is by car. In fact, a car is your only option if you wish to properly navigate and explore the beautiful wine region and generally get around.

If you opt not to drive, arrangements can be made with Mimi to be picked up either at the airport or train station, or you could try to catch a lift with fellow workshop members. Given the few accommodation options in the area, you are likely to be lodging with other workshop attendees or staying close by.

Accommodation in and around Saint-Yzans-de-Médoc

We stayed at Le Hourqueyre which is a modest but lovely old home owned by three sisters. They have a two-bedroom suite with a bathroom which was perfect for our family as the children could sleep in a separate room. It also happens to be a 10-15 minute walk from Mimi’s home, which is ideal if you don’t have a car or if you wish indulge in more than a glass of wine with your meal (Note: Oddhur likes to keep the alcohol flowing throughout the workshop!).

When booking your accommodation, you should mention that you are attending a Manger Workshop. Some of these hotels close down in the autumn/winter season, but they seem to make an exception for Mimi’s clients.