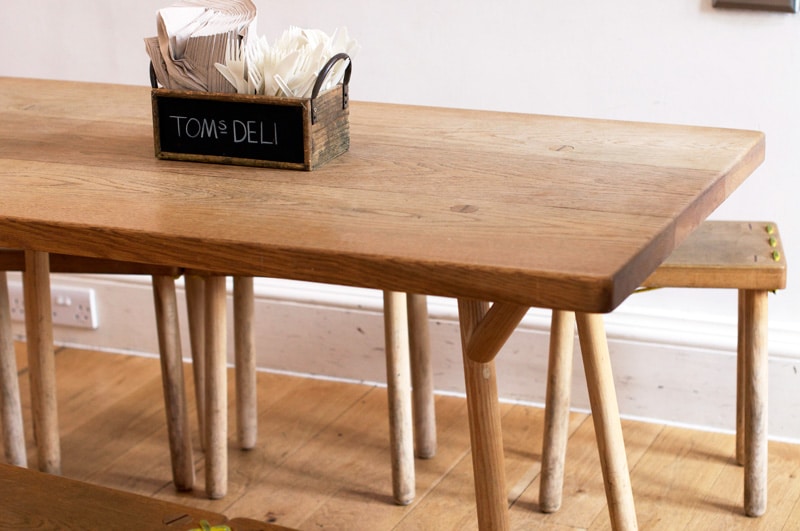 A (long) while back, I optimistically mentioned that I would be publishing a travel post on London. But when I went looking through my photos, I realised that I had actually very few photos of London. There is one of me standing proudly in front of the Australian Embassy for no apparent reason other than perhaps I was feeling a little homesick that day. And then there are a few shots of my husband with the Gherkin in the background. The remaining photos are all foodie shots, and not so many at that. I guess I was a bit camera-shy that trip or just enjoying myself too much to remember to whip out the camera.

I absolutely adore London. Maybe it is because it is the closest English-speaking city to where I live and I enjoy the break it gives my brain from having to think and speak in multiple languages. Or perhaps I am more of a big-city girl than I think I am and enjoy the bustle and noise which is not so prevalent in Zurich. Or it might just be that I can spend hours in a Cath Kidston store and feel that my trip has all been worth it.

I used to do day trips to London for work, getting up in the wee hours of the morning to catch the first flight out and then boarding the evening flight back in time for a late dinner in Zurich. To anyone who has grown up in Australia, a day trip to another country would seem unimaginable and I first approached such trips with much excitement and enthusiasm. But as age caught up with me, as did the very early morning starts, those day trips began to lose their novel appeal. I once did a day trip between New York and Chicago – 2 hours on the plane each way, plus travel time to and from the airport, plus time stuck in a taxi in both cities downtown, meant there was only just enough time to attend some important meetings and the smallest window of opportunity to sneak into Dean & Deluca for a tin of Bensdorp cocoa (with the taxi waiting outside). That was when I called it quits on day-long intercity and international travel.

Last year was the first time in many years that I had visited London for more than a mere 12 hours. It is a city which indeed deserves a few days of exploring, not least so you can adequately sample the local British fare.

One area of London which I really love is Covent Garden, and a short stroll away near the River Thames is Somerset House, an historic government building which is home to various businesses, including the delightful Tom’s Deli. If you are looking for good British pastries and cakes, this is one place to come to indulge your tastebuds. Set yourself up at one of their rustic wooden tables, or pack a small bag for an impromptu picnic by the Thames. Here are a selection of their mouthwatering delights … 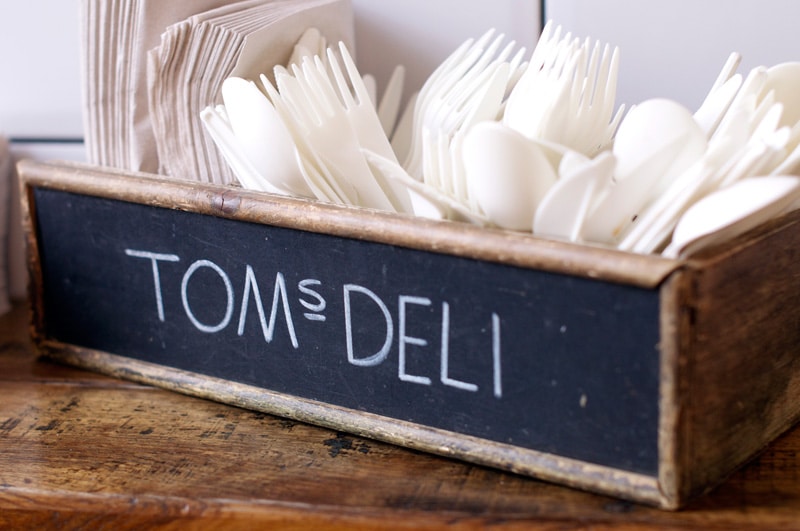 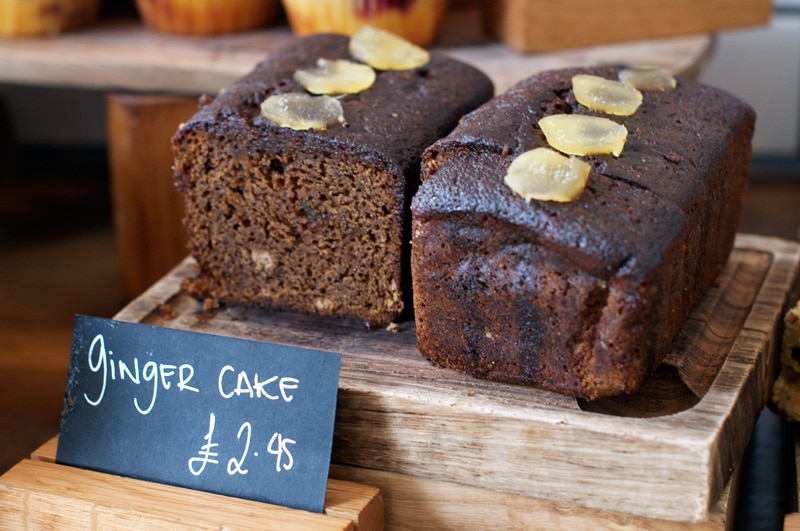 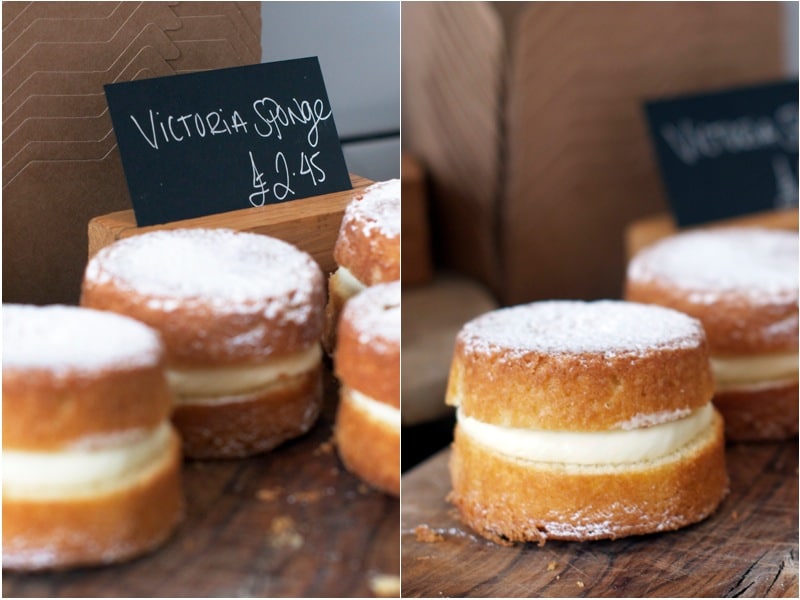 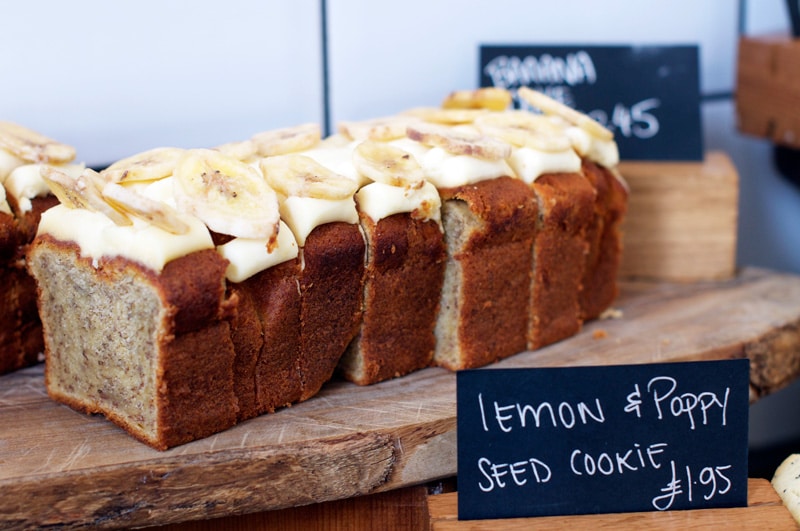 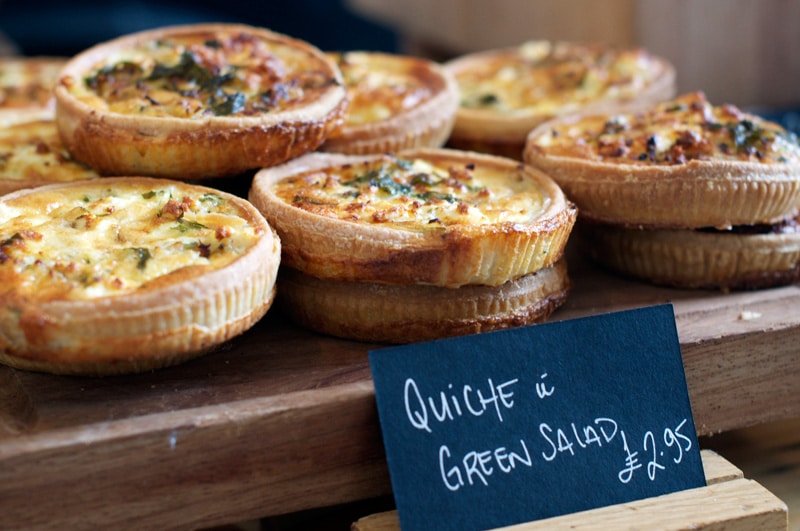 A few of my favourite addresses in London include:

Ottolenghi
287 Upper Street, London N1 2TZ
A visit to London would not be complete without a dinner at Ottolenghi. And if you are an enthusiastic cook from any of the cookbooks by Yotam Ottolenghi and Sami Tamimi, eating their food first hand is an even more ethereal experience. What I love is that most dishes are entrée sized (think tapas), allowing you to try a selection of dishes without feeling too heavy by the end of the meal. And you must leave room for their amazing desserts (note that I have used the plural).

Leon
73-76 Strand, London WC2R 0DE
It was by chance that some friends had recommended that we meet at Leon’s one day for lunch, it being one of the few restaurants near our hotel. And I was so glad they did because not only did I have the most delicious sweet potato falafels with brown rice for lunch, but they also introduced me to Leon’s famous Lemon Ginger Crunch Bars which I am still dreaming about to this day.

Leon’s is a chain of health-conscious restaurants, providing a welcome and nutritious alternative to the more usual fast-food chains if you are looking for something to eat on the go. They have also released a series of cookbooks which are very popular, although the recipe for their Lemon Ginger Crunch Bars remains a trade secret; you will just have to visit a branch to find out what all of the fuss is about.

The Cinnamon Club
The Old Westminster Library, 30-32 Great Smith Street, London SW1P 3BU
If you are in the mood for fancy Indian food, the Cinnamon Club will surprise you with their modern take on Indian cuisine. This is not the place to visit for Chicken Tikka Masala or Butter Chicken, but more sophisticated dishes such as tandoori-spiced prawns with coconut brown rice. The restaurant is also impressive for its setting in the Old Westminster Library, especially for anyone who likes to be surrounded by old leather-bound books. However, the library setting does little for the restaurant’s acoustics, creating a very loud ambiance which makes it difficult to hear if the waiter is suggesting chutney or chapati as a side dish. So this is not quite the place to go if you want to have a quiet chit chat with some friends, but you won’t be disappointed by the food.

Tom’s Kitchen
Somerset House, Strand, London WC2R 1LA
There are countless places to go for brunch in London. If you happen to be in the Covent Garden or Strand area, Tom’s Kitchen is worth a visit for classics such as Eggs Bénédict, French Toast or a traditional “Full English Breakfast”. I love their light, modern interior which, somehow, makes me feel a bit at home. While you are there, pop into Tom’s Deli to take away something sweet for later.

The Savoy Grill
Savoy Hotel, Strand, London WC2R 0EU
This retro-fitted restaurant is a local institution if you are wanting a traditional Sunday lunch of roast beef with Yorkshire puddings or other classic British fare. It’s a fancy restaurant in a fancy hotel, so pack some nice clothes and treat yourself to a classy meal. Make sure you are on time for your reservation because the restaurant is often fully booked and the waiters don’t seem to be shy in reminding you to finish your meal by a certain time. Although, I don’t think there is much they can do if you ignore them …

Cây Tre
301 Old Street, London EC1V 9LA
I know it’s odd to suggest a Vietnamese restaurant when this post is meant to be about all things British, but I love nothing more than seeking out a good Vietnamese restaurant wherever I am travelling. I don’t think it was ever my intention to compare steaming hot bowls of Pho in every major city that I visit, but I subconsciously seem to be doing just that. I probably could have started a blog on this just very topic …

The food at Cȃy Tre is simply excellent. Their generous bowls of spicy Bun Bo Hue prompt me to lose all sense of western etiquette as I slurp my way through the pungent yet fragrant broth to the last noodle. And their Fried Lemongrass Tofu is just addictive. A friend and I once shared this dish as a starter and regretted that we had to share it all as we both politely insisted that the other take the last piece, each secretly hoping that the other would decline. We both returned the next day and greedily ordered our own serve, savouring each piping hot morsel of fried tofu like it was our last meal.

Like many Vietnamese restaurants, Cȃy Tre is cheap and cheerful. Although some branches of the restaurant have had a modern interior makeover, thankfully the food remains the same.

The Spice Shop
1 Blenheim Crescent, London W11 2EE
Wherever I am travelling, I love to come back with a jar or two of some dried herbs or spices. Sometimes I will see something unusual which I am excited to bring home to experiment with, such as jalapeno powder; other times I am happy to buy something less exotic, such as dried oregano or cinnamon powder, which I know will be used in due time. I like that these foreign jars of dried herbs and spices serve as happy mementos of my travels, not to mention that they make great travel souvenirs because they are small and light.

The Spice Shop is a wonderful little store, packed with an amazing selection of herbs and spices. Pick up some ready-made spices in their cute little tins or get a custom-made spice mix.

Books for Cooks
4 Blenheim Crescent, Notting Hill, London, W11 1NN
Buying books when you are travelling is perhaps not the wisest idea, and especially not cookbooks which tend to be quite bulky and heavy. But such considerations often fall by the wayside if you are a cookbook junkie and have discovered that books are ridiculously cheap in the UK. In fact, I often travel with a fairly empty suitcase because I know that, however hard I try to resist, there is always a hardback cookbook or three to lug back on the journey home. This charming bookshop is a cook’s dream with shelves bursting with every imaginable title on the topic of food. Enter at your own risk!

Do you have a favourite restaurant, café or foodie place in London? I would love to hear your suggestions!