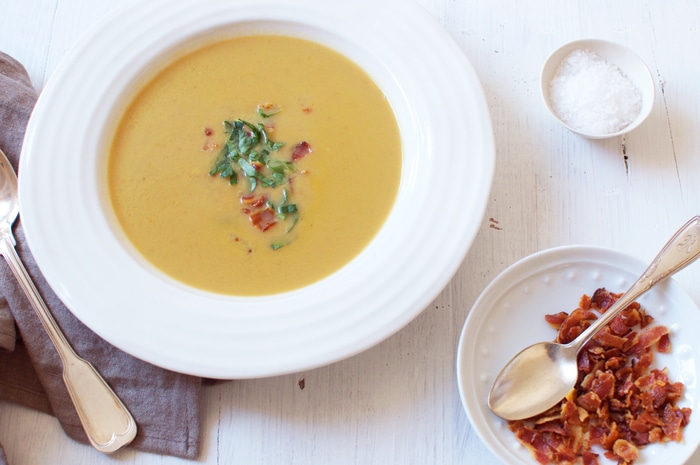 As soon as the street vendors start setting up their chestnut-roasting stations in Zurich, I know that Christmas is around the corner. I adore these roasted beauties, their sweet and fluffy interior making for the perfect street snack when you need something warm and filling. Sometimes when the air is bitingly cold, a little bag of roasted chestnuts is the perfect excuse to warm your hands while you are waiting for your tram.

In Switzerland, chestnuts are used in a variety of desserts, most commonly in a dessert called Vermicelles where the chestnuts are sweetened in a purée and then pushed through a ricer or similar instrument to produce delicious “noodles” which can be eaten as is or as a decoration on top of cakes. Vermicelles are most commonly served atop some whipped cream with some crushed meringues for added sweetness and texture, a dessert sometimes referred to as Mont Blanc outside of Switzerland.

I particularly love Marron Glacés, a chestnut which has been candied to give a sticky and sweet coating. As a child, I was always given a box of these decadent treats at Christmas, something which I have since had to buy for myself each year out of nostalgia.

Aside from their uses in baking and desserts, chestnuts are also a welcome addition in many savoury dishes, such as sautéed with brussels sprouts or glazed and sweetened to serve alongside roast meats. Their starchy content makes them a wonderful alternative to potatoes during the winter season.

You can buy chestnuts whole and fresh and prepare them yourself, but they can be a bit fiddly. I think the only time I would go to this trouble is when I would roast them at home and have each person crack open the chestnuts as they eat them. Otherwise, chestnuts can be found ready-prepared and sold in vacuum-sealed packs or tinned in water. If buying them tinned, try the French brand, Clément Faugier, who sell chestnuts prepared in a variety of ways. When buying tinned chestnuts for savoury dishes, make sure that they are not sweetened. 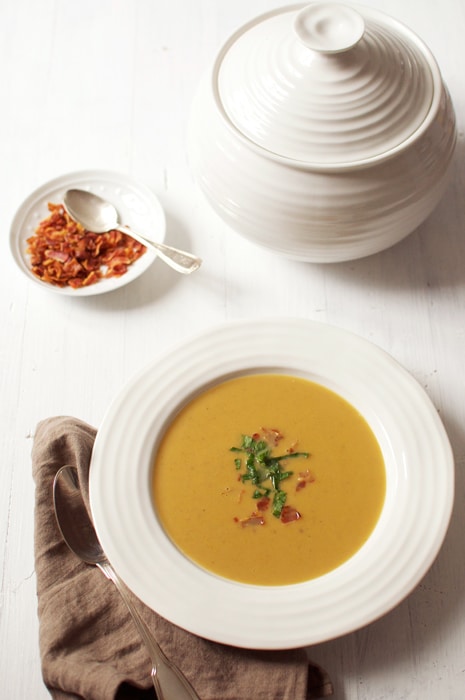 One of my favourite uses of chestnuts is to add them to a simple vegetable soup; once puréed, the soup takes on the lovely sweetness of the chestnuts and thickens the soup like potatoes would.

Due to their cost, chestnuts may not be an everyday ingredient, so it makes sense to make an occasion out of their use. Here is a recipe for a soup which I like to make during the Christmas season. The bacon topping is optional, but I love it in soups like these for some added texture and, of course, flavour. If you wish to make a vegetarian version of this soup, simply substitute the chicken stock for vegetable stock. 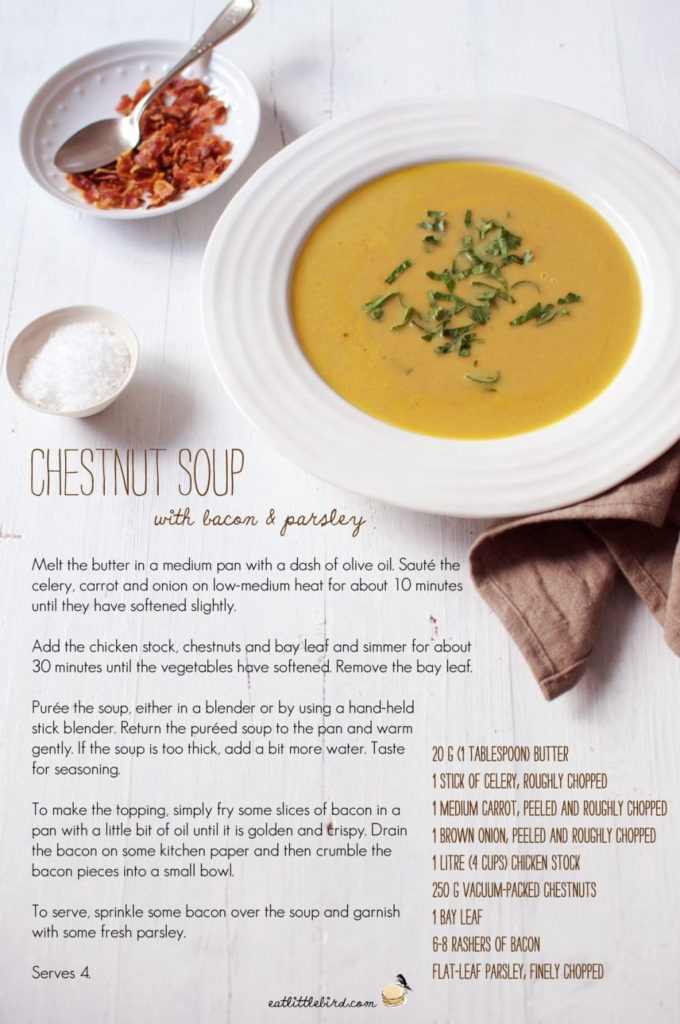