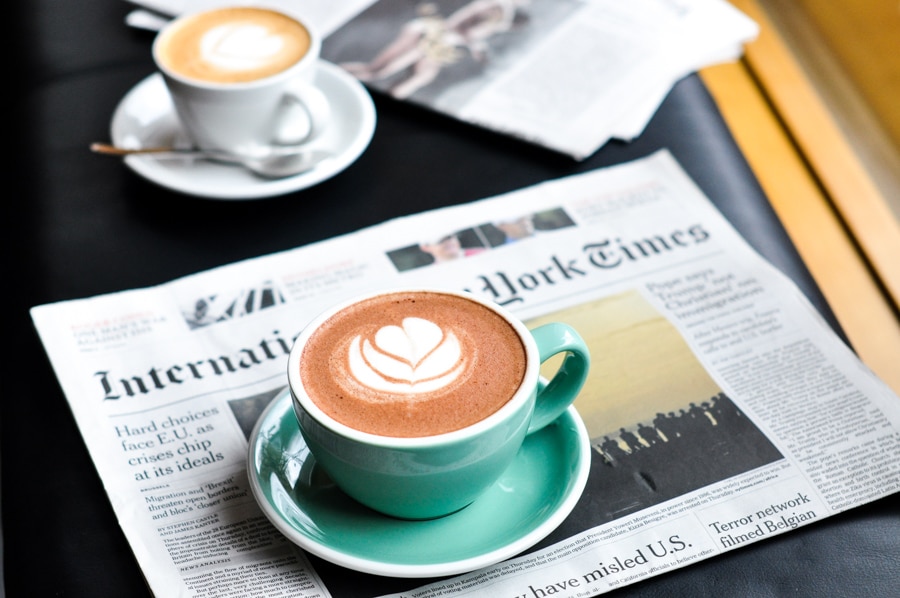 A stone’s throw away from the busy banking district of Zurich centred around Paradeplatz is Le Raymond Bar, a new establishment catering to the after-work crowd and lovers of coffee alike. Owned by the same group which operates the popular local coffee institutions of Grande and Bovelli, customers will enjoy the offerings by this new kid on the block.

Located in a beautiful old building with a terrace overlooking the idyllic water canal called the Schanzengraben, Le Raymond Bar opened in November 2015, but one could be fooled into thinking that it has always been there. Noticing the scuff marks which line the cosy, diner-style booths, Claudio Brignoli, the manager of the premises, responded with an approving twinkle in his eye, “It’s supposed to look like that”. Even the name of the bar is a nod to a former resident of the building, a Francis Raymond who probably wished that the bar existed downstairs during his lifetime.

The bar oozes retro appeal with inspiration from 1950’s-style American diners, but without the flashing neon lights. This is Zurich, after all, where the colour scheme is sensibly muted and customers can relax in the calm tones of blonde wood and black leather. The ambiance is cosy and reminiscent of an era of black-and-white movies where sharp-suited businessmen would drift in for a quick coffee by the bar. Such a scene is not unfamiliar today, although the place is equally popular with local residents and shoppers taking a respite from the nearby Bahnhofstrasse.

But out on the terrace, the atmosphere is completely transformed. The Swiss love catching their rays of sunshine, and any mere glimpse of good weather is an excuse to bask by the water with a beverage or two.

And speaking of beverages, the coffee offerings are plenty. Whether you are after a Spanish cortado, an Italian caffe macchiato, an Australian flat white, or just your favourite cappuccino or espresso, the baristas take their work seriously, as well as their latte art. I rather enjoyed my hot chocolate dressed up as a fancy coffee (see main photo).

Despite the fleeting American influence on the interior design, the menu features an eclectic mix of Italian antipasti and English meat pies from a popular local establishment, The Pie Shop. Expats will no doubt enjoy catching up here over a hot pie with a pint on the side.

? As with many coffee shops in Zurich, families with children are welcome. There is room for prams on the terrace and also inside the bar during quiet hours. There are no baby-changing facilities on site. 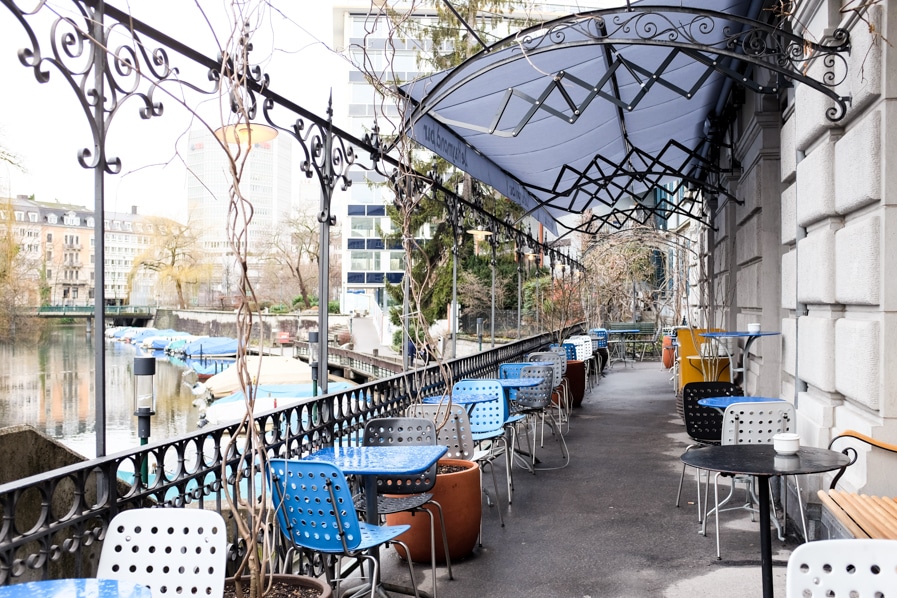 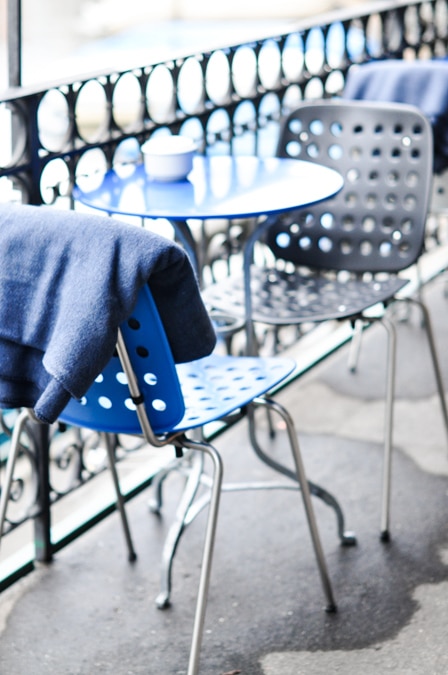 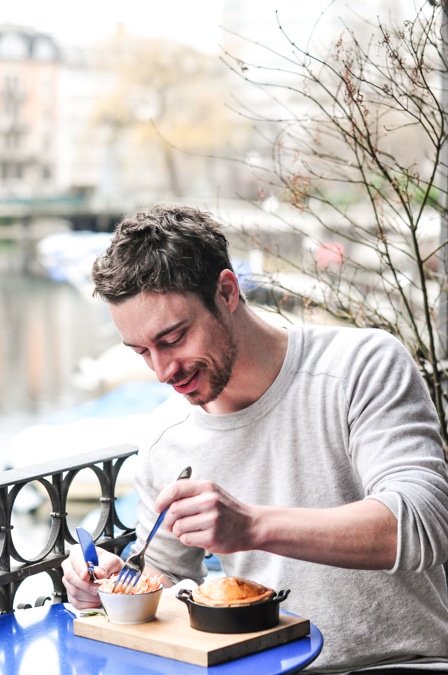 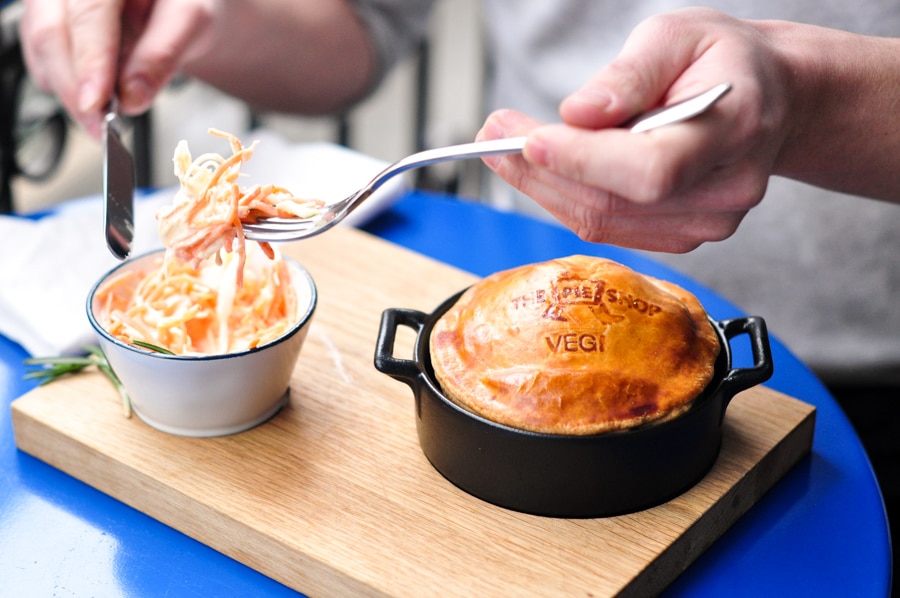 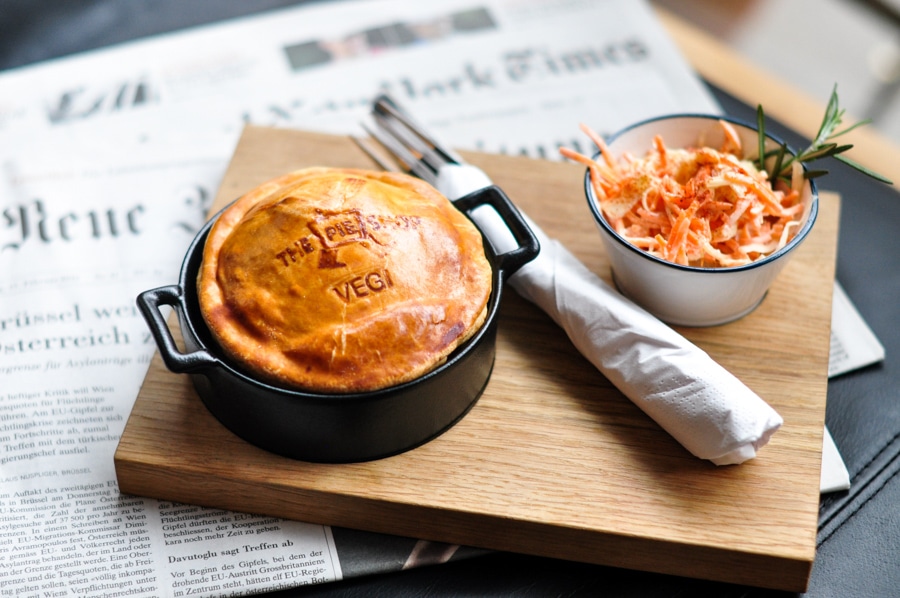 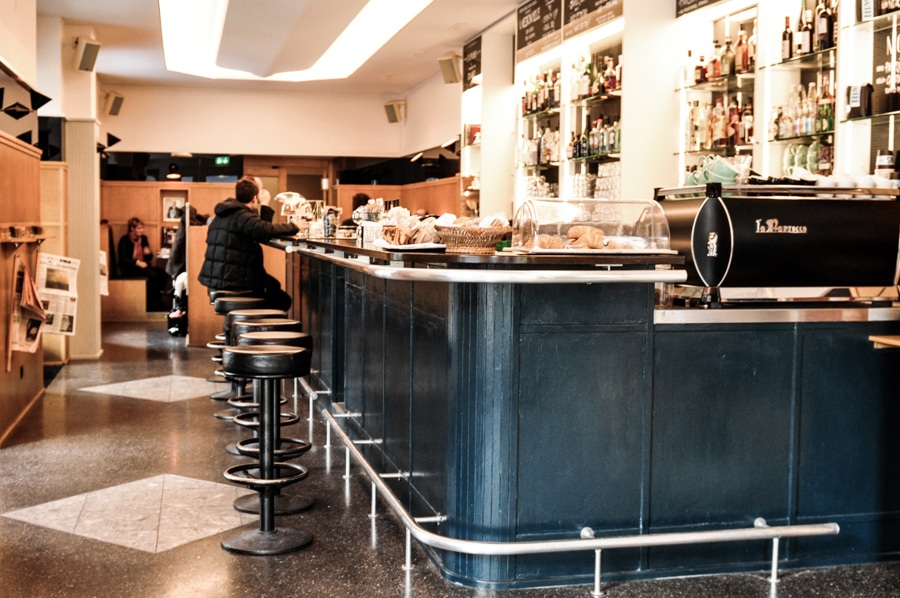 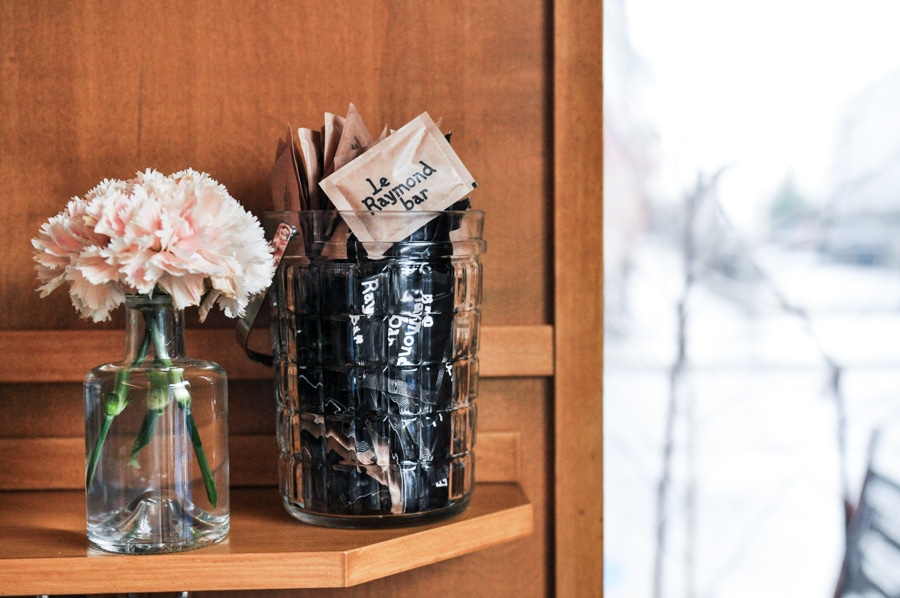 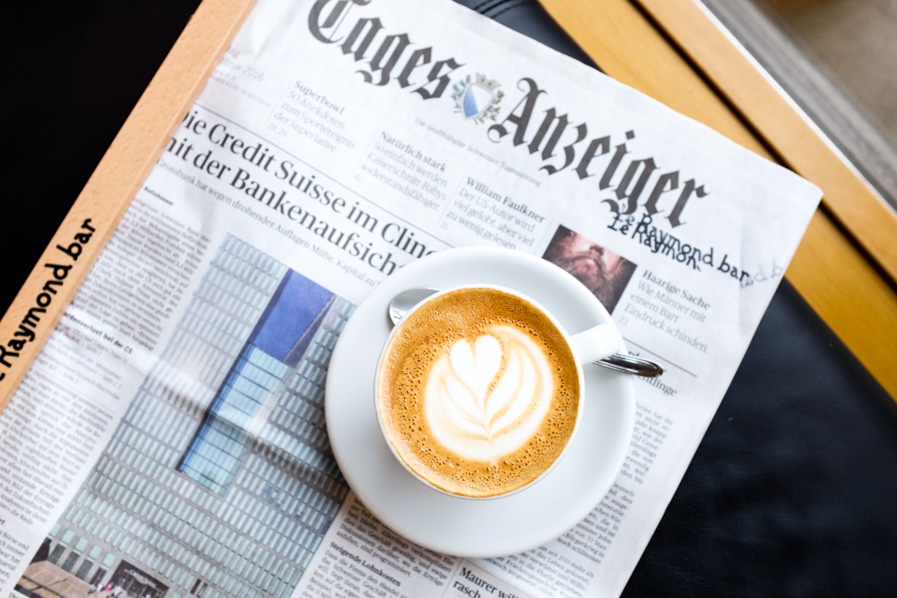 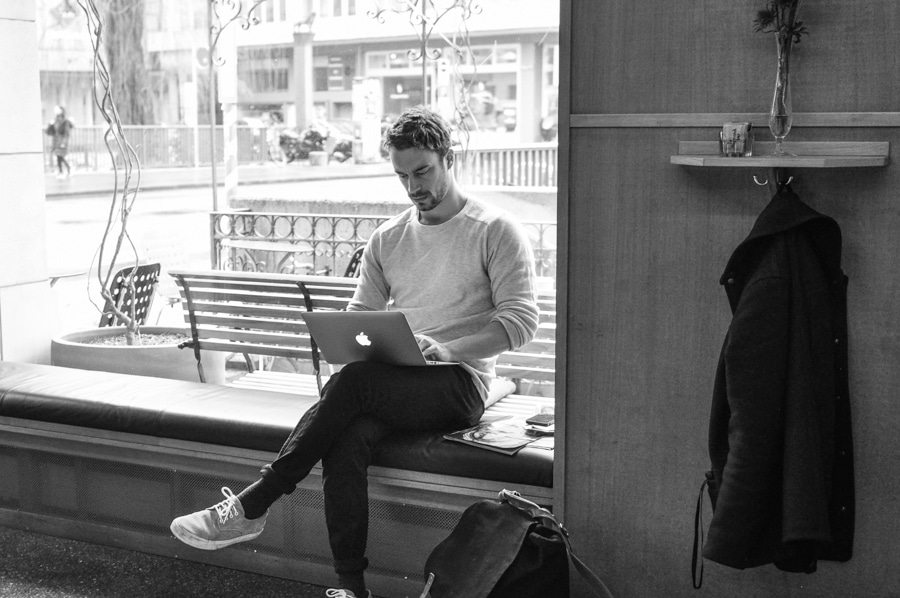 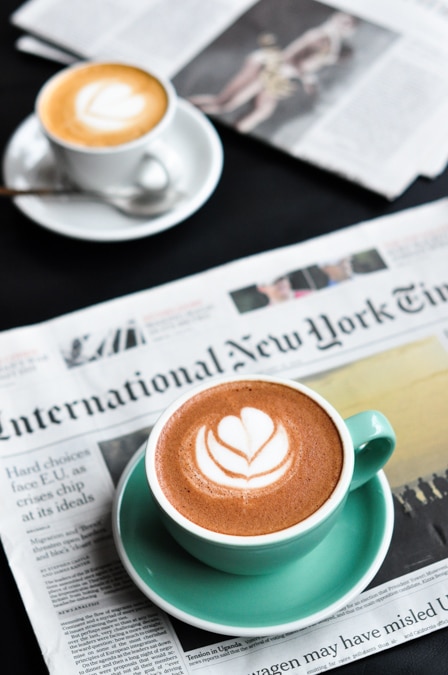 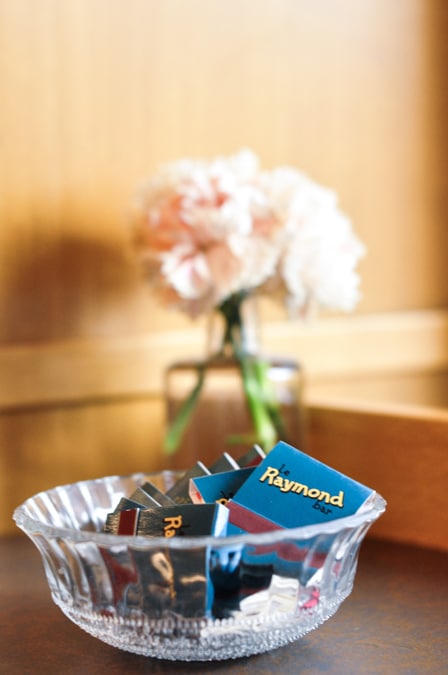 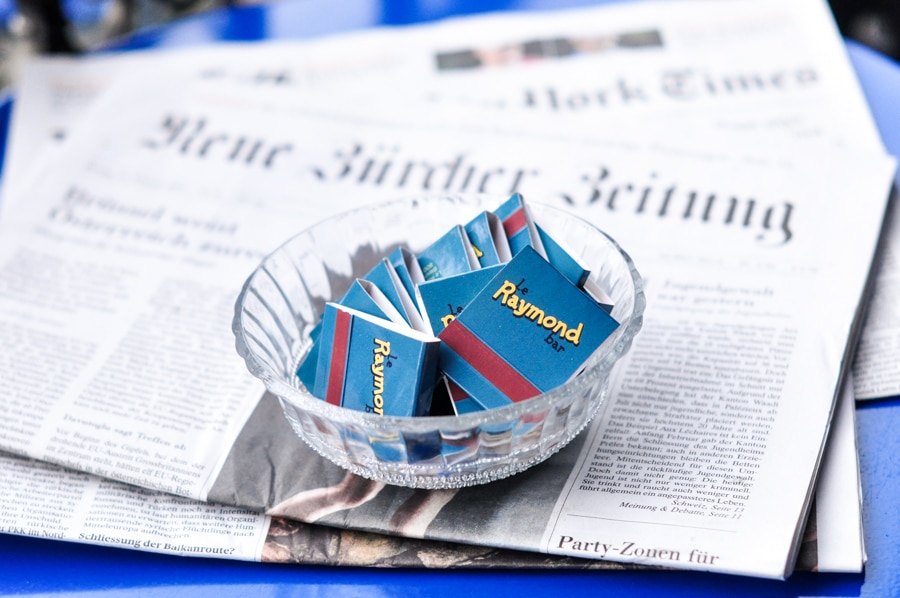