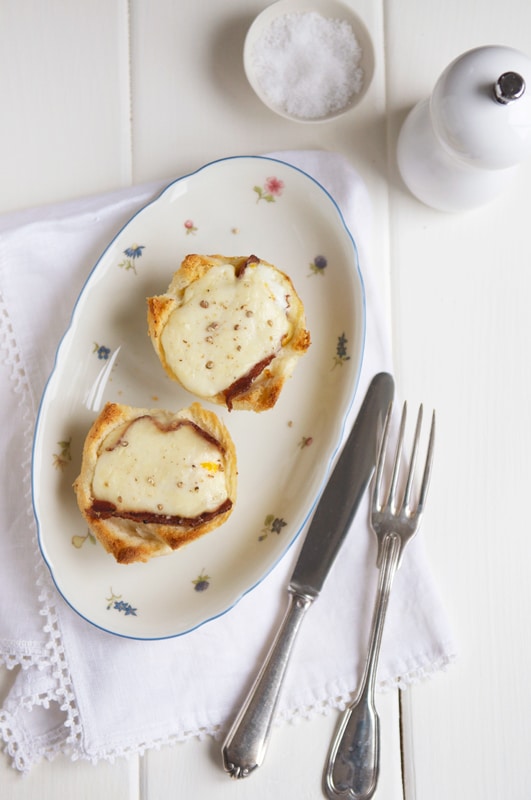 Here is another fabulous recipe from Rachel Khoo with her take on the French classic, a Croque Madame. Most people would be familiar with a Croque Monsieur which is a toasted cheese and ham sandwich, commonly served in most French bistros for lunch or as a light snack. For a more decadent treat, the Croque Monsieur is also sometimes coated with a béchamel sauce and baked in the oven until the sauce is golden and bubbling.

A Croque Madame, on the other hand, has the addition of an egg.

Rachel Khoo’s version is to make them in a muffin tin, producing gorgeous little snack-sized savoury treats which would be perfect at breakfast, brunch or lunch. 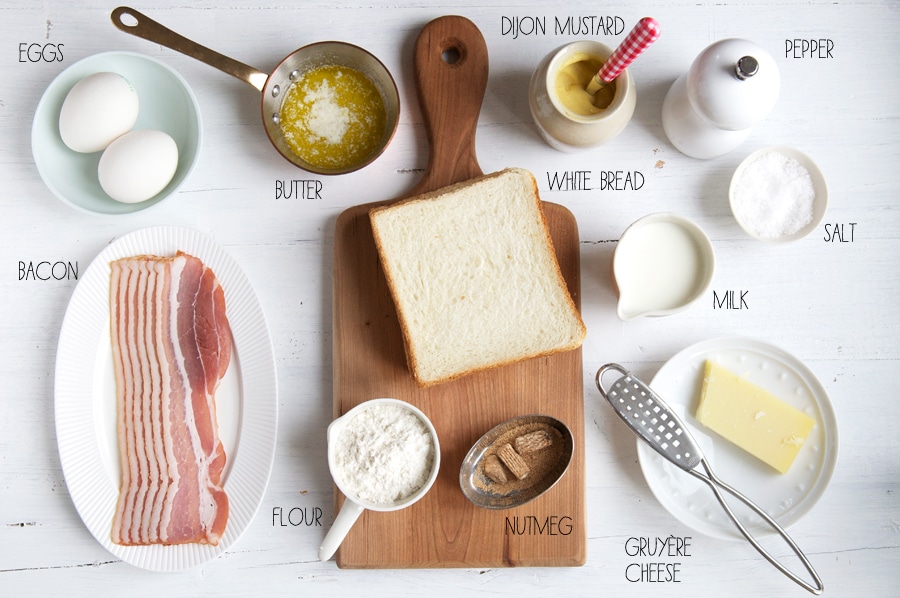 What makes these croque madam muffins so incredibly luscious is the addition of béchamel sauce, or rather a mornay sauce (a béchamel sauce with cheese). Sounds like a bit of effort for a snack, but the sauce hardly takes any time to make for the quantity required for these muffins, not to mention that you are most likely to have these ingredients to hand in the fridge and pantry.

On the show, you don’t see Rachel Khoo adding any cheese to her béchamel sauce, but her book suggests adding a small amount of grated cheese to the sauce and later for sprinkling, which I did for extra flavour. 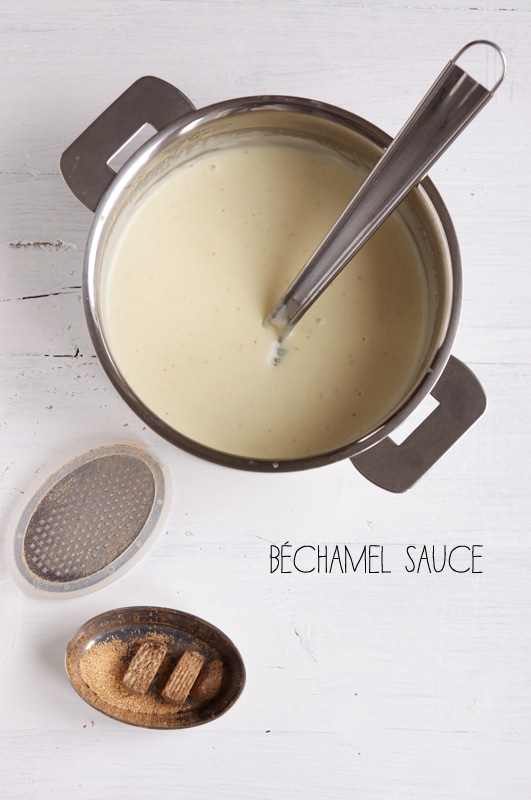 The only special purchase I had to make was the sliced white bread, something which I have never bought upon moving to Switzerland given the amazing variety of bread on offer. But I was thankful to see that the supermarkets offered sliced bread in small packages of about 10 slices – perfect for the infrequent consumer of pappy white bread. Though, now that I have tried these Croque Madame Muffins, I have found myself buying this type of bread more often …

Although a Croque Madame traditionally has the inclusion of ham, you could certainly leave it out for a vegetarian option. I didn’t have any ham at home but we always have a constant supply of bacon in the fridge. So I fried the bacon in a pan until it just about to crisp and was still pliable so that I could easily wrap it inside the slices of bread which form a cup to hold all of the other ingredients.

Depending on the size of your muffin tin, you might find that once you have lined each compartment with bread and ham or bacon, you won’t have enough space to contain a whole egg (plus the sauce which goes on top of the egg). One tip is to gently crack the egg near the top and to pour out some of the egg white into a bowl, before placing the rest of the egg into the muffin tin. It sounds like a bit of a waste but if you have smallish eggs, they should be fine. Otherwise, if you can find super-large white sliced bread where you are to form larger “muffins”, these should accommodate a whole large egg.

While these Croque Madame Muffins might sound a bit fiddly, they are packed with flavour and I think they are a nice change to your usual eggs on toast. My only disappointment was that my bread did not crisp up very much, despite having been liberally brushed with melted butter. If I had left them in the oven for longer, the eggs would have over-cooked. But otherwise, as a fan of anything smothered in béchamel sauce, I found these little egg and bacon cups to be quite delicious and have already recreated them a few times 🙂

I should also confess that I recently spread Vegemite on the bread before placing it in the muffin tin … heaven on a plate!!! 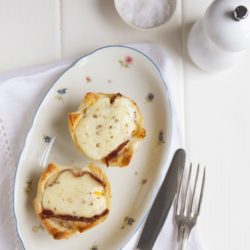 Recipe adapted from The Little Paris Kitchen by Rachel Khoo