A delicous and simple recipe for Meyer Lemon Syrup Cake 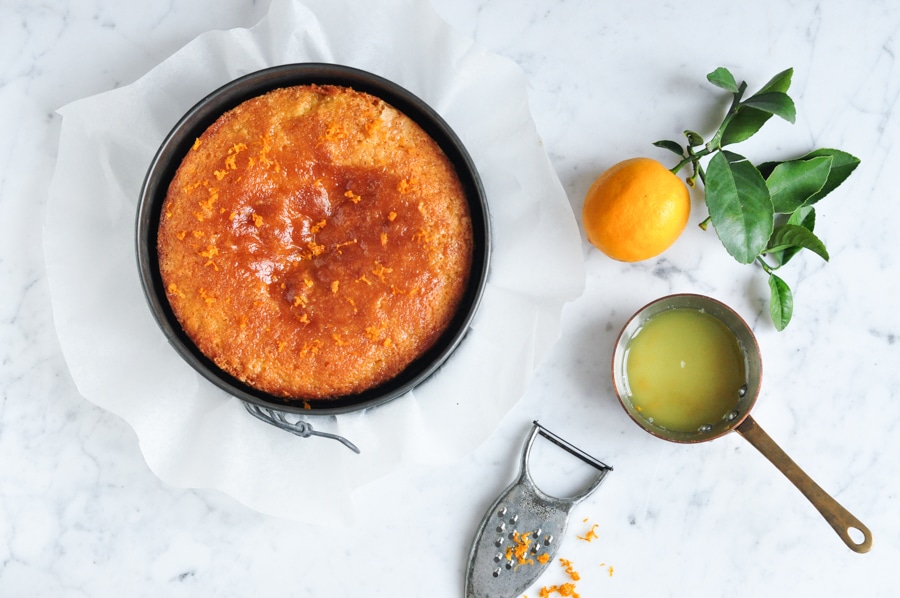 I first came across the Meyer lemon when we were living in the US. I had frequently seen mention of them in American cookbooks and magazines, but I never really paid much attention until I saw them one day at the grocers. I bought them to use in place of normal lemons for a dish later that night, and upon slicing into the first lemon, I realised that I had made a crucial mistake. Whilst the skin was a golden yellow, the flesh was bright orange. Had I done my research, I would have known that a Meyer lemon was a cross between a common lemon and either an orange or a mandarin, thus explaining the orange hues. It follows that Meyer lemons are somewhat sweeter than ordinary lemons, and also much more fragrant with notes of orange blossom. They are a beautiful citrus fruit, perfect for use in cakes and desserts.