Make this easy Thai green curry paste and turn it into a delicious Thai Green Curry with Chicken or make it vegetarian with your favourite vegetables and tofu. The choices are endless! 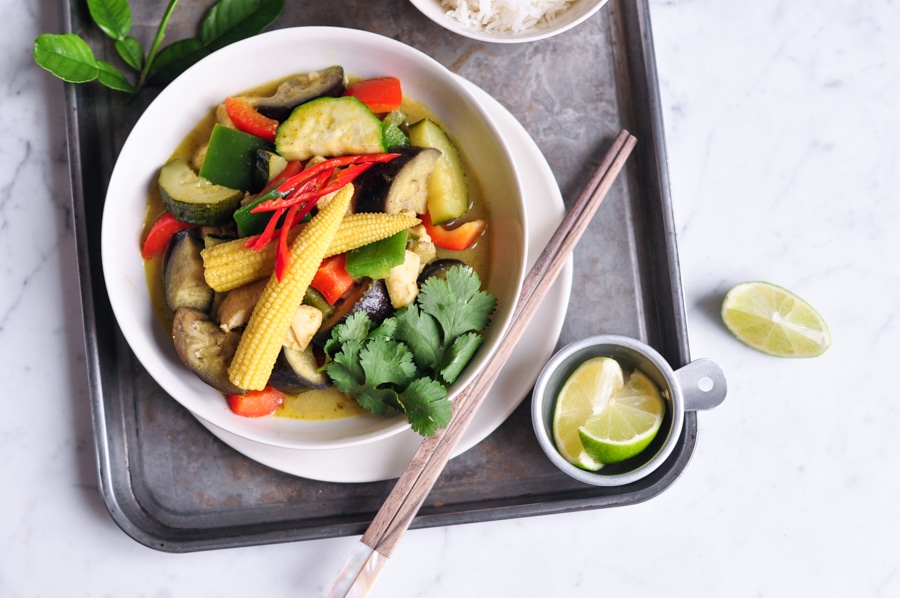 There comes a time during the week when I find myself with lots of bits of vegetables in the fridge, none which can be used on their own to make any meaningful meal, but it would be a shame and a waste to otherwise throw them away. Oddly enough, this fridge raid often occurs on a Monday evening, the night when I try to empty the fridge in readiness for my weekly trip to the farmers’ markets on Tuesdays.

END_OF_DOCUMENT_TOKEN_TO_BE_REPLACED

Early this morning, one of my neighbours knocked on my door and suggested a barbeque at her place in the evening with some other neighbours. Such spontaneity is not common in Switzerland and I happen to love informal gatherings like these at short notice.

Given that one neighbour happens to be a vegetarian, the first dish that came to my mind was Yotam Ottolenghi’s Aubergines with Buttermilk Sauce which I made for the first time only a few weeks ago.

This time around, I chose much smaller aubergines as they were to be eaten as a side dish alongside other grilled vegetables. I still roasted them for about 40 minutes until they were soft and golden in colour, though they were probably still a bit too firm for my liking – it probably had something to do with the variety of aubergine and perhaps even my oven in Zurich.